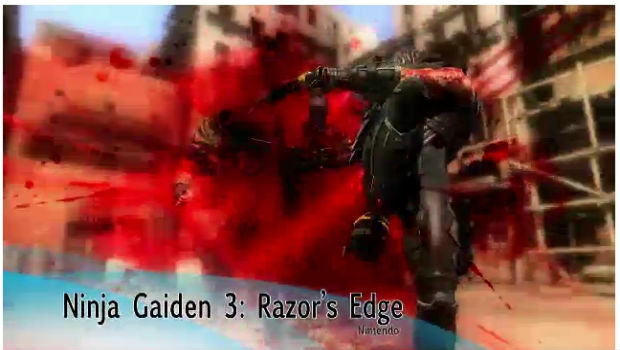 Among the list of upcoming titles for the new Wii U console shown at today’s Nintendo E3 press conference was Ninja Gaiden 3: Razor’s Edge. And, just below the title, the video lists Nintendo as the publisher.

I don’t really know what that means, as I don’t understand why Tecmo Koei wouldn’t just publish it themselves — as they did with the original version’s release in March for PS3 and Xbox 360. Unless, of course, Nintendo decided they needed more hardcore games on their platforms and the only way it was going to wind up there was if Nintendo threw money at the problem.