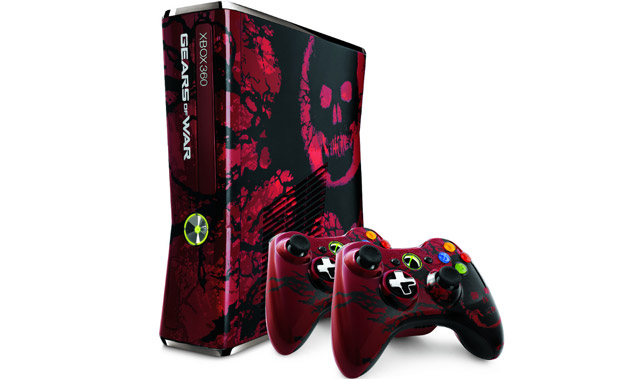 Xbox Live’s Major Nelson brings word of a new Gears of War-themed Xbox 360 that’s sure to sell quite well.

Usually, these things end up looking goofy, but I’m digging the design of this system. And it’s a nice deal, too: the bundle includes the console itself, a 320 GB hard drive, two custom Gears Xbox 360 controllers, a wired headset, Gears of War 3, and a token for the Infected Omen Weapon Pack and Adam Fenix multiplayer character.

All of those goodies for a total price of $399.99. If it’s only the controller you want, those will be available separately at $59.99 a piece. The console will be in stores starting September 20, which is presumably when the controllers will hit as well.