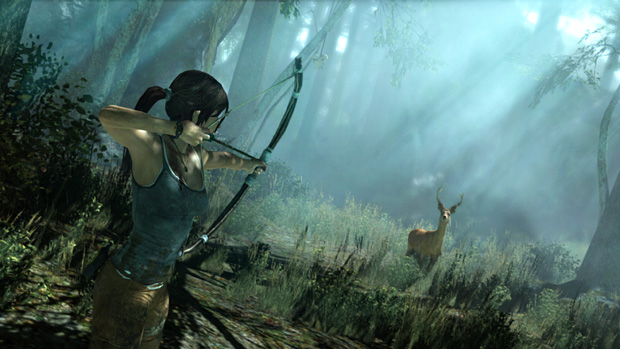 If there’s one word to describe Lara Croft in Crystal Dynamics’ upcoming reboot of Tomb Raider, it’s “resilient.” Just look at how much punishment she takes in this trailer, whether from thugs or Mother Nature. At least she gets to return the favor in a few instances, using a bow and arrow — which officially seems to be a thing at E3 2012 — to take down bad guys and deer. Archery is a useful skill!

Sections of this trailer were shown as part of a lengthy live gameplay demo during yesterday’s Microsoft press briefing. If this footage gets you pumped, relax for now — Square Enix recently delayed Tomb Raider until the first quarter of 2013.