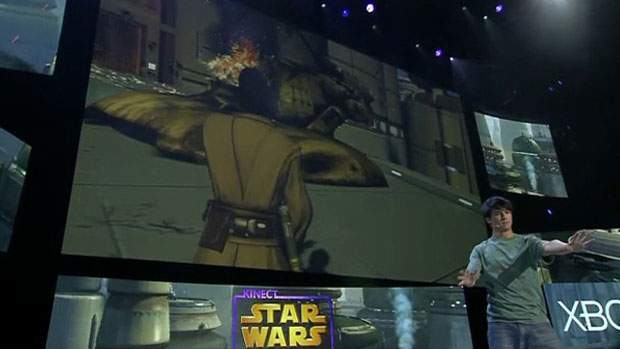 After being teased as a mere concept at Microsoft’s big peripheral reveal last year, we’ve finally seen the Star Wars Kinect title in the works.

Kinect Star Wars looks set to be another on-rails affair, with Light Saber swings and Force powers all controlled with intuitive movements. Slash with your arms to attack, raise a palm to block Blaster shots, and raise your hands to life objects.

Iconic moments from all the episodes look set to appear, and space battles as well as Pod races were shown in the trailer.

To be honest, it looks kind of … blah … but we’ll see if it’s better when YOU are the controller!