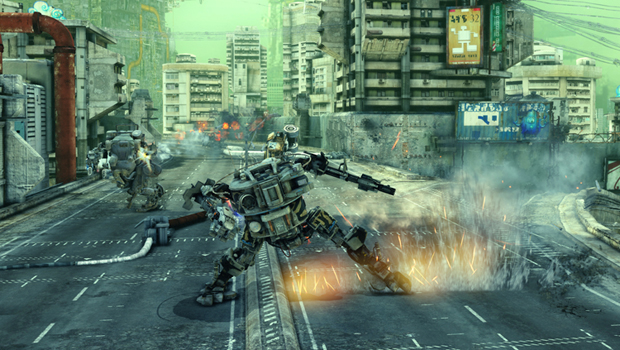 When I got to check out the upcoming free-to-play mech game Hawken for PC at PAX East earlier this year, I was blown away. The developers nailed the most important part of the mech genre: the feel.

If you don’t feel as if you’re actually in a giant mechanized robot, then you may as well just be playing any other slow-paced, first-person shooter. For example, in this new build I played, the team at Adhesive Games added in sparks that fly when you run into walls, something that was not only aesthetically great but super useful when moving about the map for spatial awareness.

I had yet another chance to sit down with the game and its producer, Jason Hughes, at E3 and it’s clear just from the way he talks about the game that he’s passionate about it. From what I have played and what we talked about, it was easy to tell that Hawken will have a bright future ahead of it. 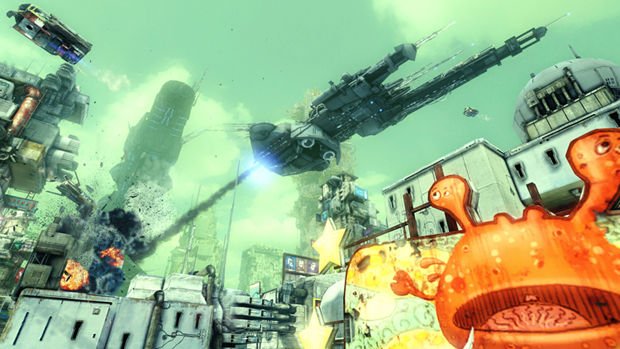 This was the first time that I was able to play Hawken’s most unique game type, Siege Mode. Two teams compete to destroy the other’s base, but in order to accomplish that goal, an airship must be launched. In order to launch your airship towards the enemies’ base, you need to collect energy via stations throughout the map or by killing your enemies and depositing it in your base.

You can only carry a limited amount of energy at any given time, and if you die, all of your energy drops. This creates for a nice sense of risk versus reward, considering if you die with maximum energy your enemy may receive a huge boost.

In Siege Mode, teamwork is what really shines. Everyone I played with had headsets on, and we put them to very good use. While I can’t say for certain, it was pretty obvious that the other team was not using their headsets, considering how overwhelmingly one-sided the match was in our favor. Constantly traveling together, even in just pairs, and watching each other’s back helps secure the energy that you need to win the game. As someone who almost always games with buddies, Siege Mode is going to be my go-to game mode for sure.

The free-for-all map that I played was very different from any Hawken map I had played prior. This new map had a ton of verticality built into it. In order to take advantage of this, I chose to play as a long-ranged light mech instead of my in-your-face brute force style that I usually go with. Being able to maneuver around the map relatively easily with a lighter class in conjunction with the deadly range made me a killing machine (literally).

I was also equipped with an item I hadn’t seen in my last preview: the hologram. Placing the hologram down made a stationary image of me to distract any enemies on my tail. This ability saved my circuits just about every time I deployed it. Jason also told me that people thought the game was broken because they were pumping rounds into holograms with no results. People are silly. 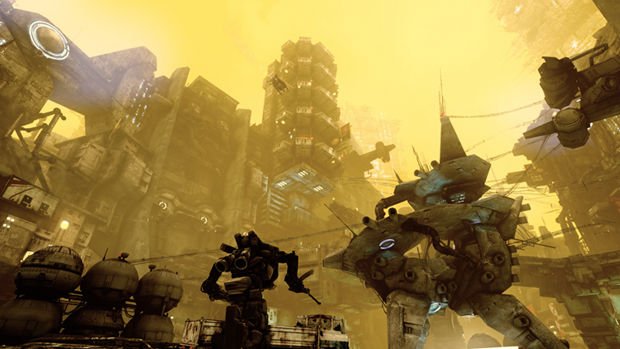 I asked Jason how they were approaching matchmaking for matches, since when a game fails to match you up against people of similar skill level, people can and will get frustrated quickly. He told me that the main system is still in the works, but they’re smart enough to use a multitude of statistics to match people up. While a player’s in-game level is a nice place to start, there’s nothing that says a level 5 player isn’t better than someone level 20. Jason brought up things like kill-death ratio and time played as other factors that may go into matchmaking.

I unfortunately didn’t get to play around with the mech customization, but from what Jason was telling me, it sounds pretty robust. You will be able to mix and match your mech’s look and feel, but something that was new to me was the addition of skill trees. Jason likened the skill trees in Hawken to those in Borderlands, where staying in one tree allows you to unlock one very special power at the very end.

You don’t have to stay in the same skill tree, though — you’re free to mix-and-match those just as your appearance. The amount of character slots isn’t determined yet, but I’d reckon that only a few will be free and more can be unlocked with real money. 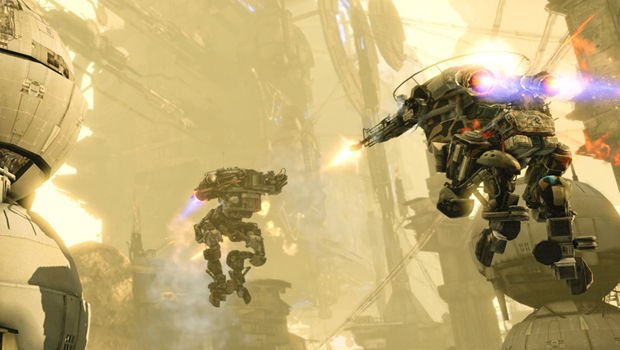 When I brought up the possibility of a Spectator Mode, I was very surprised to learn that Hawken is already planning to have a large focus on the eSports scene. As a large eSports fan, it really warmed my heart to see what is now one of my most anticipated games focus on competitive gaming.

I talked up Dota2’s Spectator Mode features and just how easy it is to jump in and watch a game, so hopefully Hawken can take some ideas from Valve. Unfortunately, Spectator Mode and anything else eSports-focused may not make it into the launch build of the game, but will be a “priority” around the launch window.

As someone who primarily plays games on the PC, Hawken was one of my favorite games of E3. My only concern is the same concern I have with every new free-to-play title: how slowly in-game currency is unlocked. If it’s too slow, the game will start to feel like a grind and turn players away. If it’s too fast, there’s no incentive to use real-world money.

I’m a firm believer of the free-to-play movement that’s sweeping over the industry when it strikes that balance, and Hawken looks to be headed in the right direction.

Hawken will enter open beta on December 12th of this year. You can register for the beta here.