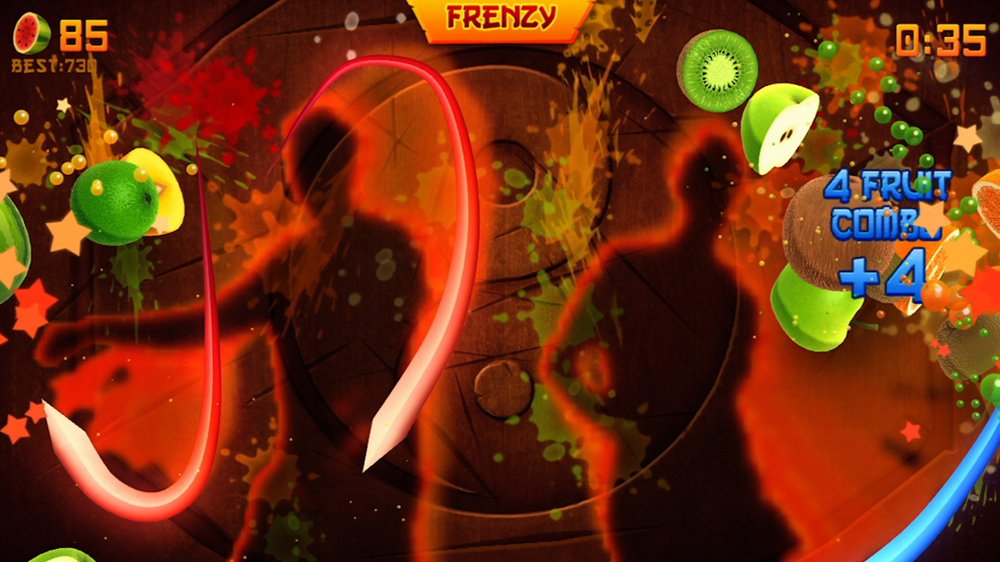 We sort of already knew about Fruit Ninja Kinect, thanks to Korea’s ratings board, but this morning it became official with the confirmation of another Summer of Arcade. The game is pretty similar to the iDevice version, except now you slice the fruit with your arms instead of your fingers.

Classic, Zen, and Arcade Modes are included, as well as the Kinect-exclusive multiplayer Party Mode and a new Challenge system. Naturally, leaderboards and achievements are included.

Fruit Ninja has never been a deep game, but it’s lots of fun and totally satisfying. I’d have to imagine taking out fruit with your arms would be just as awesome, if not more.