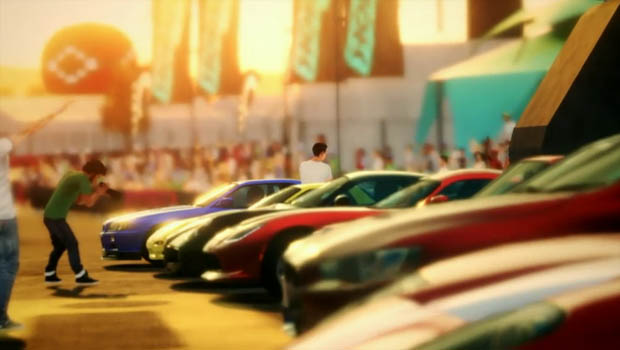 Forza Horizon is on its way to Xbox 360 for racing fans later this year, but first, it had to make a stop at E3 for a quick appearance at Microsoft’s press conference.

Though it was only featured as a trailer filled with lots of wub-wub-wub (a.k.a. dubstep), we learned that the game will be set in Colorado around the fictional Horizon Festival, with open-world racing, car damage, dirt roads and night racing, drifting, and other elements of street racing culture. Oh, and let’s not mention the car lineup, which includes the Dodge Viper, Nissan Skyline GT R34, Ford GT40, Audi Quattro, Mazda RX8, Nissan 370Z, and more.

The game is being developed by Playground Games, made up in part of former members of the Project Gotham Racing team, and as announced previously, will be out on October 23, 2012.