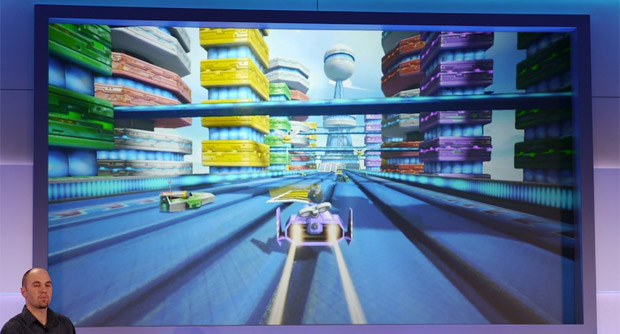 Well, would you look at that. During Nintendo’s Wii U developer roundtable this evening, we got a quick glimpse at a new mini-game for Nintendo Land, and it’s none other than F-Zero.

Granted, this probably isn’t the new F-Zero y’all were waiting for, but it’s better than nothing. Come to think of it, I lost a controller to F-Zero GX. It’s probably for the best that I not go near this series ever again.