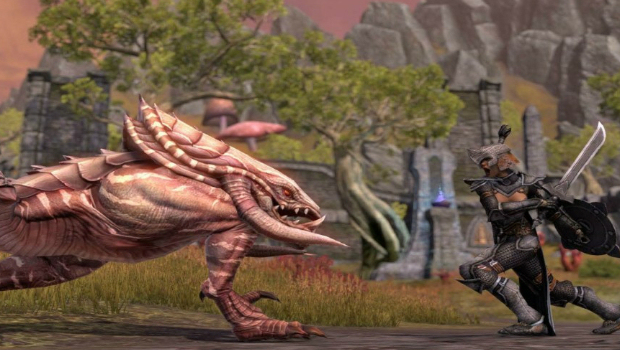 When Zenimax Online promised that The Elder Scrolls Online would be true to the original series with the added benefit of Tamriel’s lore-enriched universe, I have to admit that I was close to being fooled. The idea of a game that truly felt like an Elder Scrolls title set in a massively online world is a great idea. Seemed too good to be true, right?

Indeed it was. Even as the demo’s presenter said, “This is the Elder Scrolls experience with friends,” the images on the screen seemed to scream, “LIAR” with every single frame.

If I placed World of Warcraft on one end of a table, and Oblivion, Skyrim, or Morrowind on the other, I’d be shifting The Elder Scrolls Online considerably closer to Blizzard’s game than Bethesda’s, had I the need to physically quantify the resemblances. 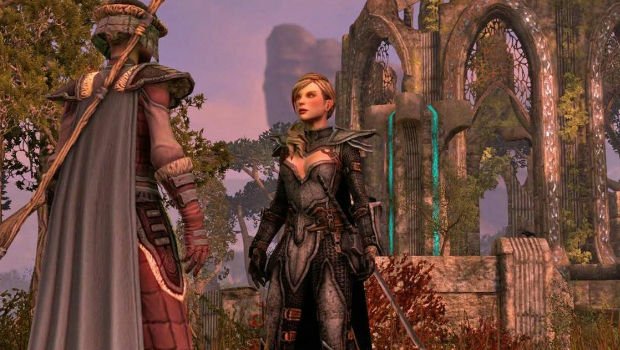 Do not believe that I mean to imply The Elder Scrolls Online will be a bad game … or at least a bad MMO. As a massively multiplayer online RPG, the game is looking solid. As an example of an Elder Scrolls title, however, I have to confess that the demonstration was rather disappointing. Played from a pulled-back third-person perspective, with the usual trading of blows and cooling key-bound commands that we’re used to seeing in regular genre offerings, it’s hard to tell The Elder Scrolls Online apart from any other fantasy MMO at this stage. In fact, after seeing products like Star Wars: The Old Republic, the simple and traditional style of Zenimax’s offering already looks a little dated.

In fairness, the studio has attempted to flavor the combat with real-time blocking in order to create something that feels less static than the average contender, but nevertheless I feel like I could have been watching any random game while seeing this thing in action. The demonstration’s promise of loot, end-game raids, and high-level dungeons sounded less like the promise of exciting features and more like the rundown of a factory-standard checklist.

Even the artistic style has taken a creative hit in a rush to capitalize on the increasingly dry well that is the MMO market. While you might be taken in by the fancy artwork accompanying promotional materials, the in-game visuals are less than dazzling. Character models have slightly exaggerated animations and facial features, putting them more in line with Blizzard’s artistic sensibilities than Bethesda’s. Unless a very unique, Bethesda-created monster was on-screen, it was impossible to tell this game was part of the Elder Scrolls series. Environments are recognizable only when they’re incredibly specific, such as Ayleid or Dwemer ruins, otherwise the action could be taking place anywhere. 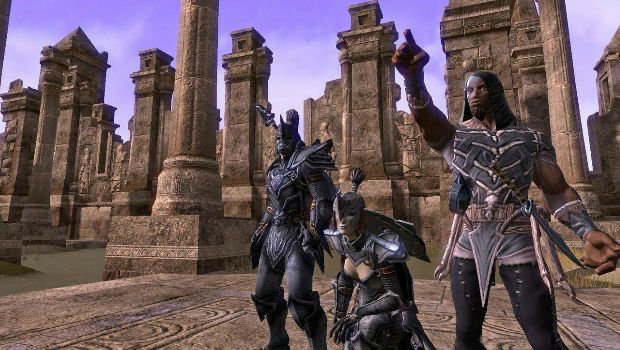 If Bethesda’s E3 showing was supposed to be indicative of what we can expect from The Elder Scrolls Online, then my advice to potential players is to expect nothing outside of whatever we’ve seen in the MMO space before now. So far, all I’m seeing is a game that’s painting by numbers, looking at what others in the genre have done and slapping a thin coat of Elder Scrolls paint over everything. Again, that does not mean this will be a bad MMO, but I’m not expecting anything other than that at this stage — a not-bad MMO.

At the very least, the huge PvP battles are promising, with tons of players battling it out on screen, but yet again this is stuff we’ve been seeing in the far more promising The Secret World, which looks set to offer a more unique spin on the genre, as well as a superior premise and distinct artistic direction. In comparison, this game is looking quite run-of-the-mill.

Before E3, I was hoping for more than that. I was hoping for what Zenimax Online was promising, something that was more true to the style of Elder Scrolls than World of Warcraft. I was hoping for a game that wasn’t content to play follow-the-leader, and strove to create its own fresh and original spin on what a massively multiplayer roleplaying game could be. The Elder Scrolls series has been a genre-leader in the action RPG space with every new chapter it releases. The name deserves to do the same for MMOs — to be the game to beat, rather than just another monkey that sees and copies.

There is time for it to be more than what it looks like, but right now The Elder Scrolls Online looks like just another MMO for the pile.