E3 is just around the corner! And while the press is groaning about long days of hard work playing videogames and drinking, gamers are looking forward to news on their favorite franchises. Or perhaps even something that comes out of the blue and will blow us all away?

Chad has asked unprocessed dog and cat kebabs about their predictions for E3 earlier this week. But today, let’s take a look at some predictions and expectations from an industry perspective instead; specifically on the hardware and development support side. Last Monday I asked Jesse Divnich, Vice President at EEDAR — a company devoted to videogame analytics, research, and forecasting — for his thoughts on what the Big Three console manufacturers may, and should, bring to the table at E3. 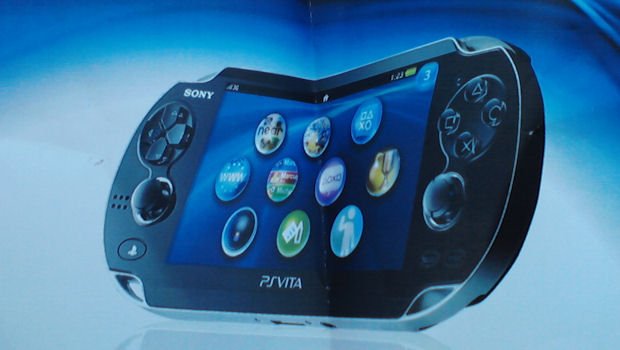 The software lineup for Sony is without a doubt (*pre-E3 coughs*) stronger than Microsoft and Nintendo’s offerings. But the expectations for its new NGP — or PlayStation Vita — handheld are ranging from “Let’s see how much it will cost first” to “I want it now, take my money!”

A high price might keep consumers from jumping on it en masse at launch, which might give third-party developers some second thoughts about whether the platform will have a large enough install base. How does an analyst look at the NGP, and is there some sort of formula that will predict platform success?

Divnich: “I have no doubt that the NGP will be an incredible win for the industry and it would be foolish for anyone to be quick to judge the NGP based upon its predecessor: the PSP. The PSP was incredibly successful, and one of the top selling platforms of all times. Unfortunately, piracy and the lack of original third-party support ultimately sent the PSP to the graveyard. This time around, however, I believe Sony has gone through the necessary growing pains in the handheld market and we should all expect the NGP to deliver on what will be high promises at E3.

“They nailed an exclusive Call of Duty game, that is definitely a good start. The PlayStation 3 came flying out of the gate — hardware shortages made mainstream headlines. The Nintendo DS, however, had a few slow start. There are no universal formulas when it comes to install bases; each platform has its own recipe for success.” 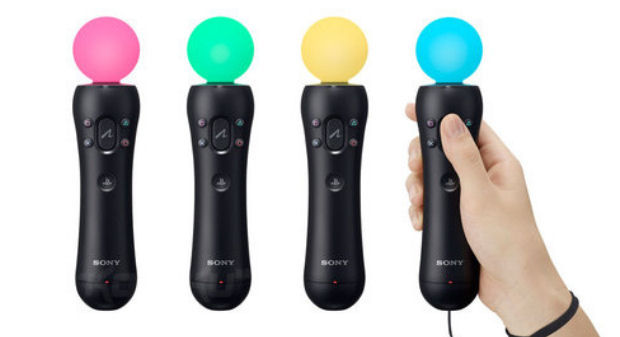 The new handheld might become a bigger success than the PSP ever was. And while mobile gaming companies often taunt the handhelds, I still have to think long and hard at dropping more than $10 on an iOS RPG while I wouldn’t think twice before paying $30-40 for something great on an NGP.

But what about the already existing PlayStation Move? So far it seems to have failed to capture the casual Wii crowd while there’s not exactly a long list of good core games that you need Move for either. Should we even bother with Move at this point?

Divnich: “It is very tough to imitate a competitor and expect near identical success. Imitation rarely results in financial replication. “Been there done that” is what I would say. But don’t get me wrong, there are companies that exist that do nothing but imitate market leaders. There is nothing wrong with the imitation, it still can make money. Not as much as the original market leader, but still profitable.

“The PlayStation Move was a successful product, very few games or technologies can cross that 5 million unit market, and Sony was able to do it in a matter of months. Let’s not crap all over them for jumping on the motion bandwagon or because it was beaten by the “Kinect”.

“Core gamers for the longest time complained that the Wii didn’t offer enough core motion controlled games. Well, complaints heard and answered. I think we learned after Madworld‘s failure on the Wii that it may not always be beneficial to listen to your “customers” (and don’t play Monday Morning Analyst with me on this). [Editor’s note: that means you, deliciously tasty readers]

“In my opinion, full body motion controls only belong in three types of games: Sports, Fitness, and Dance — that’s it. Sure games like Kinectimals and Eye Pet are incredibly addictive, but they don’t necessarily have the power to sustain consumers interest.” 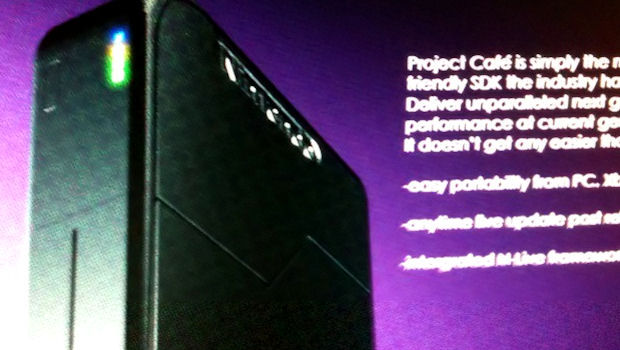 Project Café’s unveiling is only a mere few days away now, and all the rumors and murmurings seem to indicate that it will be friendlier to third-party developers — at least on the hardware side — than the Wii was. Which would be great for Nintendo, as the Wii has lost its third-party development support over the last year or so. Is Nintendo just playing catch-up to regain third-party support, or is it a case of “too little, too late”?

Divnich: “In 2006 we all laughed at the announcement of the Wii — look at us now. Say what you will about the Wii, but it will be the best selling home console of all time. Nintendo has dominated this industry for over 20 years, I think it is safe to say they deserve the benefit of the doubt on whatever consoles or handheld they launch.”

“On Project Café, we do expect strong third-party support, likely stronger than what we witnessed on the Wii. There were hundreds of millions of dollars left on the third-party table over their relaxed approach to supporting the Wii. That mistake won’t happen again. We should also see more core focused games as well.

“I think it is safe to say that this time around the controls and graphics will be a little more core friendly, but original enough to ensure that Project Café doesn’t become a port dumping ground like the GameCube was.

“I disagree, however, that games like Grand Theft Auto, Call of Duty, or any other big AAA title needs to have a “Café” port. That would be utterly ridiculous. The reason core gamers own a  Wii (and you do, don’t lie!) is because it offers up a style of interactive entertainment (and brands) that the Xbox 360 doesn’t offer.

“If there is anything we learned from the PS2/Xbox/GameCube era, it is that our industry cannot support three consoles that offer up similar games and similar controls. While I do believe Project Café games will both appeal to the casual and core audience, the games will in no way be ports of current Xbox 360/PS3 games. Yes, you will see some ports, but mark my words, none of them will be successful.” 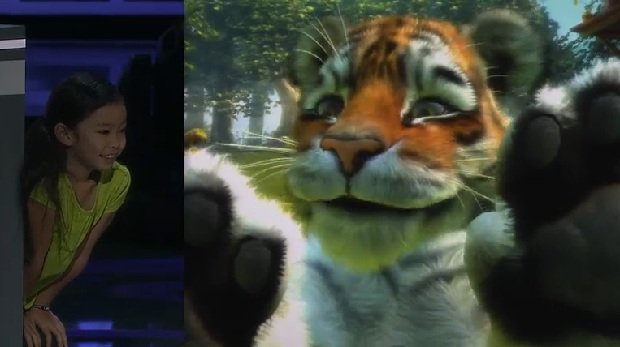 The software behemoth has been pretty successful in getting a foothold in the console market, but we still don’t know what exactly to make of Kinect. If anything, Microsoft needs to bring a lot of exclusives to the table to keep Sony off its back in general, but what should we expect from its E3 offerings for the motion peripheral?

Divnich: “I am en route to see Microsoft’s E3 line-up, so I can only hope my theories prove right in the end. The Kinect was great, it broke records and set new standards for the industry, but I would argue over its long-term sustainability in the market. Again, only three types of games belong on the Kinect; Sports, Fitness, and Dance. And yes, games like Child of Eden look great and will have a strong core appeal, but I have doubts on its commercial success. Remember Madworld for the Wii? Same situation, in my opinion.

“But of course, my negative outlook on the Kinect is entirely based on the assumption that the hardware today, is the same tomorrow. If Microsoft comes to E3 with some type of Super Kinect (maybe it incorporates smell!) than that could charge my opinion. But looking at sales right now, if you are not a Sports, Dance, or Fitness game, you are not selling on the Kinect.

“I think the bombardment of all these motion-based games has taught us a great lesson.  We as consumers prefer our gaming to happen on the couch. Yeah, we don’t mind getting up and shaking our groove thing from time to time — motion based gaming has its place — but ultimately, when it is 11PM and we just finished a Domino’s pizza, the last thing we want to do is frail our arms and legs around in the living room. 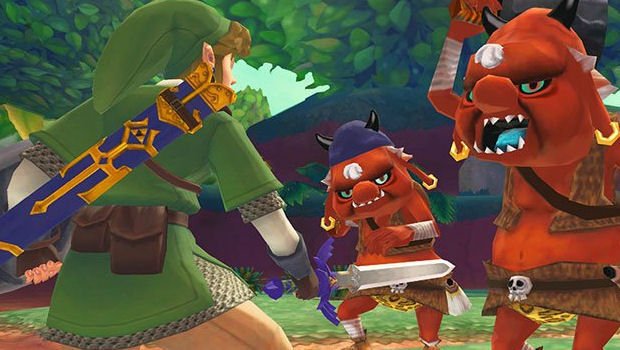 While E3 may yet surprise us in some ways, Sony seems set to offer a very strong line-up of exclusives for the PS3 in 2011 while Microsoft only has Kinect and Gears of War to rely on when it comes to big names. But Sony has also had its debacle with PSN in recent months. Will consumers have forgotten all about that when they get their hands on Uncharted 3?

Divnich: “It was once thought that for a system to succeed, it needed strong first-party content. And for the most part that still remains true today, except it is clear the weight of exclusive content is not as heavy as in previous generations.

“I sincerely hope that the PS3 sees a momentum shift after E3. It certainly deserves it, but it may be a few months before consumers get over the PSN debacle. But I have no doubt in my mind that consumer confidence will ultimately return, it always does. Consumers are more forgiving than we give them credit for.”

And what about Nintendo? Is there data that would indicate that something like The Legend of Zelda: Skyward Sword can cut into sales of other games on other platforms? Will people who own multiple consoles and a PC skip one AAA title in favor of Skyward Sword or save money for, say, Pikmin 3 if it is announced?

Divnich: “Wii sales are still incredibly successful, and Nintendo expects to manufacture over 100 million software discs this year. Maybe the third-party left a little bit early? Trust me, there is plenty of money to be made on the Wii still.

“While Skyward Sword‘s sales will likely sell fewer units than if it was released two years ago, it will still be incredibly successful and most certainly surpass 3 million units. There is a misconception that consumers “save” their money for video games. They don’t. At least not for games 6+ months out. Once we get into the -30 day time frame, then consumers begin to think more about how to work that new AAA game into their financials.”

However all of it will pan out in the end is something that we’ll just have to wait and see. And at least we’ll know what will be on offer in the near and not-too-distant future when it’s all unveiled next week. Right? Except for those things that are saved for the Tokyo Game Show and gamescom later this year… drat.