And that’s a very good thing

[Here’s a guest editorial from Matthew Razak, Editor-in-Chief of Flixist, and former Destructoid staff. You may remember him as Cowzilla. It’s nice to have him back.]

This year as I sat at home watching press events from all the major gaming companies streaming online instead of in person (Why did I switch to movie writing again?) I was struck by something. As new AAA game after new AAA game paraded out it was easy to spot a trend. It wasn’t something anyone was touting as special. It wasn’t a marketing bullet point for a company to tout out ingenuously. It just was, and the fact that it was treated as something normal is, to steal a term from a previous Destructoid editor, AMAZING.

Playable female characters have obviously been around for a while, but it hasn’t always been in the best light. Oversized triangular breasts, skimpy bikinis, or armor that reveals more than it protects doesn’t make for the best representation of women in games. Even more to the point, unless you were talking about Metroid or Tomb Raider it was damn hard to find a female playable character who was the sole focus of the game or at the very least on equal footing to the male lead. No, for a good chunk of gaming’s history if you were a girl you had to play as a boy. This E3 quietly seems to have shifted that attitude. 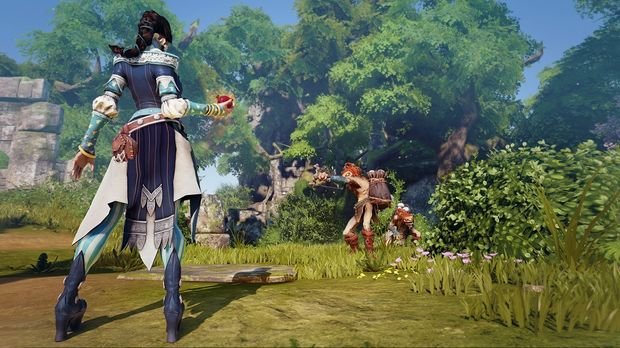 A rough count of AAA/non-indie games with playable female characters shows that the amount has more than doubled since last year’s E3. This doesn’t count fighting games or anything where Princess Peach is given a chance to not be kidnapped and play sports instead. If it did the numbers would actually be more lopsided. You can remove multiplayer-focused games as well, since they’ve at least usually featured one female character, and the growth still shows. Admittedly some of these characters showed up at last year’s E3 as well (Lara Croft and Faith for example), but any shift like this needs to start rolling and it’s clear that by this E3 things have picked up a lot of speed. That’s a pretty big change in just under a year, and a strong sign that developers seem to be embracing a far more inclusive world of gaming.

Let’s just go through some of the big ones that led the show: Horizon: Zero Dawn, Gears of War 4, Fable Legends, Dishonored 2, ReCore, Assassin’s Creed: Syndicate, Rise of the Tomb Raider, Mirror’s Edge Catalyst, Battleborn, The Walking Dead: Michonne. There are more for sure including those games where you get to choose the gender of your character.

But this isn’t just a numbers thing. We could have 100 more playable woman characters this year, and if they all ran around in chain mail bikinis the point would be pretty moot. No, the women this year came out swinging with guns, skills, and relatively practical clothing (not to mention chest sizes). Emily Kaldwin blasted on screen for Dishonored 2 in an almost entirely gender neutral look, while ReCore‘s lead character is a young girl draped in loose fitting clothing. Horizon: Zero Dawn‘s protagonist kicked more ass than Nathan Drake and was clad in far more layers. Even a shooter like Battleborn‘s female choices are dressed more for battle than sexual ogling. Meanwhile Mass Effect: Andromeda comes out with a protagonist who never removes his/her helmet maintaining a sense of gender neutrality instead of advertising the male Shepard as previous games did. Even the women of Fable Legends are surprisingly covered up. 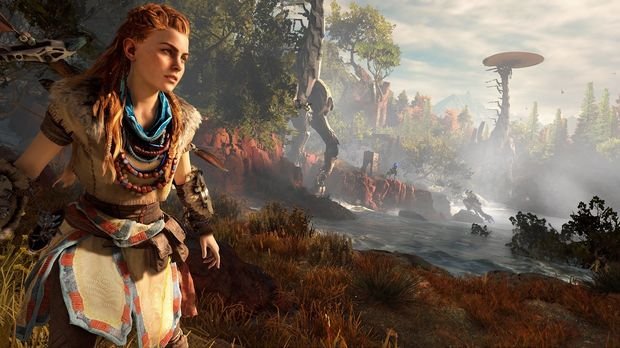 Wasn’t it just a few years ago that we were being told that games with women on the box just wouldn’t sell? Now companies are announcing their titles with the female leads headlining or in the case of games with customizable protagonists a healthy mix of both genders. Hell, even Gears of War 4, a game in a series that is basically the equivalent of “chugging a beer and smashing it into your head” manliness, had a playable female in its on stage play through (though it’s not clear if she can be played outside of multiplayer). In fact the only true AAA game that I can think of that had a female playable character and did not lead with or involve that character heavily in its trailer was Assassin’s Creed: Syndicate‘s cinematic trailer. That was slightly reversed when Evie Frye got her own trailer at Sony’s press event, and Sony wanting “the reveal” is most likely the reason she didn’t show up at Ubisoft’s.

So what happened? When did the message get through to developers that maybe women would like to play as women every so often? What switch turned that made the design of a character’s face suddenly more important than the physics of bouncing mammaries. There’s obviously been plenty of talk on the subject of sex (not that kind) over the past two years and maybe that’s stuck deep down in game director’s minds. I sadly don’t have all the developers of these games on speed dial so I can’t call them up and ask them what made them decide to lead with female characters. What is encouraging, however, is that this isn’t just a few scattered games, but a noticeable shift within the industry. 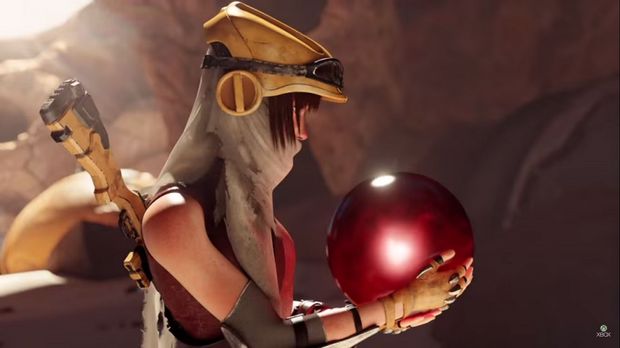 At least I noticed it. It doesn’t seem to be a big deal, though a few observers have pointed it out, like the head of Sony. Maybe that’s the best news of all. This year at E3 playable female characters increased in a big way on the screens of press events and almost no one thought it was unusual because it really shouldn’t be. Of course there should be non-hyper-sexualized playable women characters because women play video games too, and damn it, sometimes I want to play as a girl as well. That option has been severely lacking in the past, but this E3 it got a bit better, and it wasn’t a big deal because it shouldn’t be a big deal. It should just be.

So that’s it, right? Sexism in gaming solved. Racism in America fixed (thanks, Obama). A turkey on every table. Puppies and kittens for everyone. Congress functioning. Peace in the Middle East. Hallelujah!

Not quite. While “it should just be,” it definitely isn’t. Part of why this trend wasn’t perceived as a big deal comes from the fact that it wasn’t actually as big of a shift as it needs to be. More playable female characters is great, but the leads in games are still heavily dominated by men, and considering gaming’s demographics, maybe that makes sense. You sell to your audience, but it would be financially, socially, and artistically advantageous to get a bigger, more inclusive audience. You can’t attract new gamers by ignoring them, and you definitely can’t attract women into working in the gaming industry that way either. 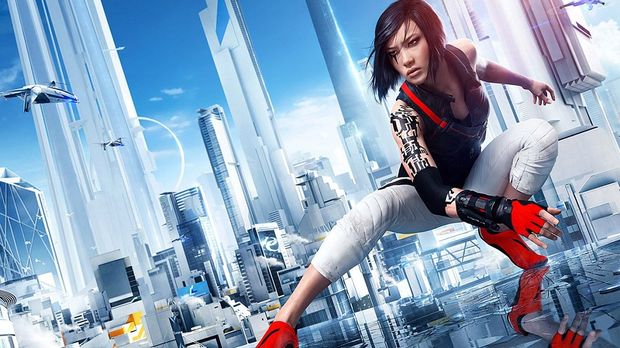 While we may have more playable female characters taking the lead at this year’s E3, the amount of actual women coming out on stage was still low. Much with the increase in female characters, this year it seemed like there were more women on stage, but some press conferences had none; no female developers. Nintendo had one come out in their Digital Direct — possibly to make up for the fact that the OG playable female character (Samus) was nowhere to be seen — but then she went on to talk about how she went home and knitted dolls for the team. That’s a really nice thing to do, and since the game was Yoshi‘s Woolly World there was a connection, but, Nintendo, you have to consider the optics. Your sole female developer talks about how she knit everyone Yoshis for half of her screen time an then proceeds to barely talk about development?

At least she got some talking time and was presented front and center. Was there a woman on stage at Sony’s press conference? I don’t remember one. Developer after developer came out on stages across the three days of press events and nearly none of them were female. Now to be entirely fair, it’s quite possible that there were entire teams of women developers working on these games that we just didn’t see, but it’s highly unlikely. So while we’ve got an increase of women taking on the heroic lead role in games they’re still being mostly — if not entirely — designed by men. 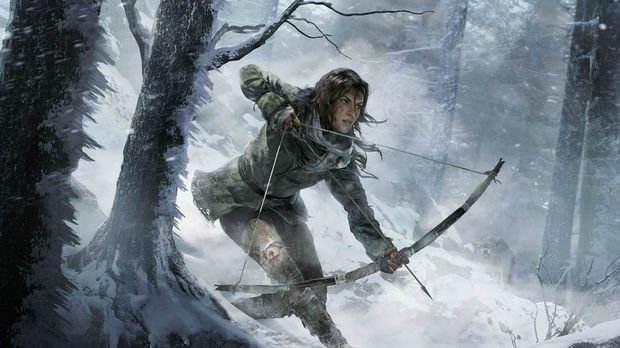 It’s hard to point a finger at a big, evil misogynist force for this issue because there (hopefully) isn’t one. The game companies don’t have women developers up there because there are so few women developers to bring up. They’re (hopefully) not actively discriminating. Maybe there’s a lack of women developers to bring up because women aren’t entering the field, since it’s historically not always the most welcoming place, thanks to the perception that it’s not a “normal” job for a woman. That perception of abnormality is in-part derived from years and years of male-targeted gaming, featuring male playable characters. It’s (hopefully) not an active discrimination, and is instead a societal tone that was established long before this E3. But that brings us full circle to why this years growth in female presence at E3 is so important.

We find ourselves at a half step forward. Developers are realizing they need female protagonists more than they need T&A, but we’re still missing out on more games created by women developers. I want to believe “the industry” is working on that. Last year The International Game Developers Association said the number of female developers had doubled since 2009, but to get things anywhere near representative of the rapidly changing gaming population, it’s going to have to grow even more than that. I think we may look back at E3 2015 and see a turning point for the industry. One where it finally tipped over to being inclusive to 52% of the world’s population. We still have a long way to go (and not just for women gamers), but at least it looks like we’re getting somewhere.