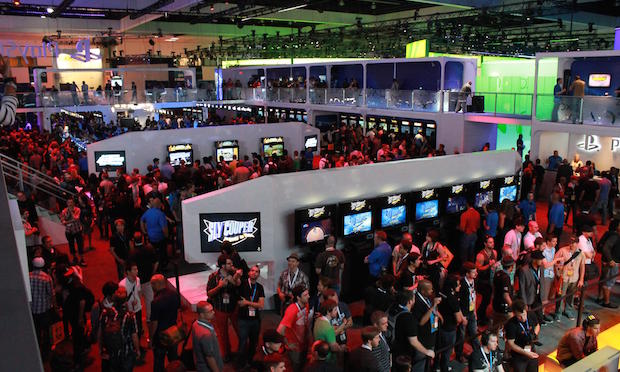 Do you remember these classic moments?

We are a week away from E3 2015, which is promising to be the most exciting yet. An estimated 50,000 people are expected to attend the three-day event to try out the latest and greatest video games from the top developers and publishers in the industry. Before we look ahead to the future of gaming, let’s look back at some of the most memorable moments from E3 past.

1995: Nintendo says it has a real good feeling about the Virtual Boy.

1996: Booth babes debut, setting the standard for how all women who attend the event should dress and act.

1997: E3 moved from Los Angeles to Atlanta, Georgia due to the lingering stench of the first two.

1999: The Dreamcast is introduced, securing Sega’s permanent status as one of the titans of the industry.

2001: Nintendo says it has a real good feeling about the GameCube.

2002: Microsoft gives attendees a preview of what Xbox Live will be like by inviting 11-year-olds on stage to call each other “gay-ass fa**ots” for 20 minutes.

2004: The PlayStation Portable and Nintendo DS debut, though neither are able escape the shadow of the Gizmondo.

2005: E3 is broadcast on television for the first time, giving the entire world a close up look at how disgusting we all really are.

2006: Sony is laughed off stage after giving a PSA on the real dangers of giant enemy crabs.

2008: With attendance at a record low, E3 is moved to three tables in the back of a Santa Monica Red Robin.

2011: Nintendo says it has a real good feeling about the Wii U.

2013: Microsoft unveils the Xbox One to no controversy whatsoever.

2014: Nintendo misleads the press about the release date of The Legend of Zelda Wii U, marking the first time anyone at E3 had ever lied about anything.