So, you’ve seen Lords of Shadow but you’re not convinced? Miserable that Konami has attempted another “fail” 3D Castlevania? Desperately seeking a 2D sidescroller instead? Well, my friends, you’re in luck. I got to play Castlevania: Harmony of Despair at E3 today and I can confirm that this XBLA game is the old school adventure to salve your purist heart.

It sidescrolls! It punishes! It Alucards! Read on for my hands-on impressions of Castlevania: Harmony of Despair. 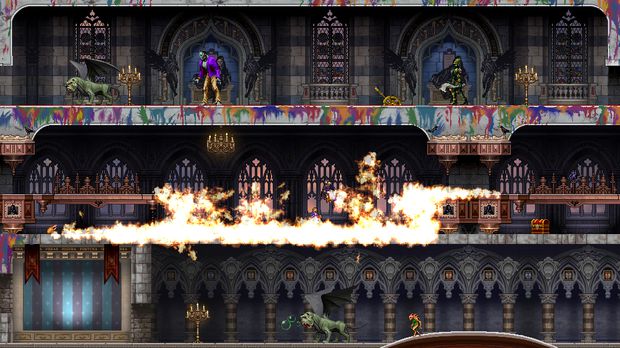 Castlevania: Harmony of Despair is basically Konami making sure that retro fans shut and keep happy while it promotes Lords of Shadow. Those retro fans ought to be thoroughly satiated with this rather excellent throwback to the good old days of Castlevania, specifically the Symphony of the Night era. In fact, Harmony of Despair is very reminiscent of that classic PlayStation title, and not just because Alucard (along with a whole host of classic Castlevania characters) is playable. Many of the sprites look lifted straight from that game, and put to great use.

The similarities to Symphony are quite striking, with the game feeling incredibly similar in terms of gameplay, sound and graphics. The music, too, sounds very faithful to the Symphony style, at least as much as I could hear over the din of the E3 showfloor. As someone who was close to getting a perfect game on SotN before his adorable stepson deleted the save file, this kinship with the PSOne classic is a complete and utter treat.

As I played the game, many familiar enemies made their appearance. Old Armors, Fleamen, Skeletons, Ghosts, Zombies, Bone Pillars and (my favorite) Almaric Snipers were all seen in the demo I played, and all of them were deadly as ever. 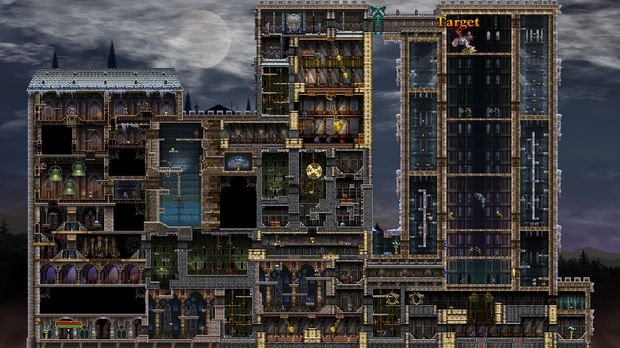 The game appears to put up a classic Castlevania challenge, but now you’ll get help with six-player online co-op. Players will be able to choose any character they want, and multiple characters can choose an alternate color palette. With six color schemes to choose from, this basically means you can have six different colored Alucards, all kicking ass online. There will also be extra areas to reach in co-op mode. Or, you can compete against each other for points.

Easily the greatest feature of Harmony of Despair is its “map” and I use quotations because it’s not really a map. Instead, you zoom out of the ENTIRE game and see the whole castle in real-time. You can even keep playing while zoomed completely out, able to watch the entire map while you play inside it. You’re able to zoom in and out at any time to check the surrounding areas, and it truly is a stupendous new addition. Who knew in-game maps could actually be fun?

Unfortunately there was no opportunity to check out the multiplayer, but the single player was fun enough. If you want your Castlevania exclusively 2D flavored, then this game may well be worth your time. Some players may feel it’s a bit too “recycled” for their tastes, but I had a blast with it and was really pleased with the way the game played. The old school style, not to mention the inventive new map gimmick, really appeals to this Castlevania fan, and it should do for the rest of you as well. If it doesn’t, well then you’re probably just really hard to please.