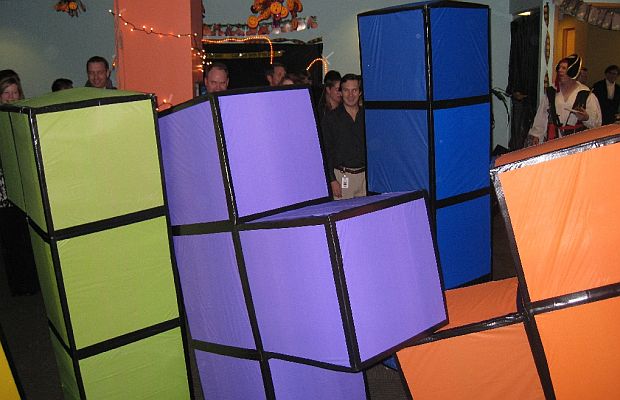 We’ve been hearing a lot about Tetris this week at E3, and I bet a lot of people would have loved to hear about a sequel to a little game called Tetris Attack. I know the rebranded Panel de Pon with Yoshi’s Island-stylings introduced a lot of Westerner’s to a really great game, a popular one that later became Pokémon Puzzle League. It’s really fantastic!

However, I would have never thought that Tetris Attack might be seen as a blight on the Tetris name. Well, it looks like this might be the situation, as during my interview with Alexey Pajitnov and Henk Rogers, I asked them about this game. Says Rogers:

When Nintendo came to us, and said “we would like to take this Japanese game called Panel de Pon, and rename it Tetris Attack, I’m saying, “it’s not Tetris”. But my partner’s saying “but it is money!” So, uhhhh, so, we, I, reluctantly agreed. In retrospect, we should never have done that. I don’t think that’s a good idea. It dilutes the brand, it’s like naming another cartoon character Mickey Mouse just cause you need the money. It’s just a bad idea. So I wouldn’t do that again.

Pretty surprising, huh? Of course, Rogers and Pajitnov go on to say that the game is rather good, but it’s so interesting to find out all these backdoor discussions. I mean, what would have happened if Tetris Attack didn’t have the branding? The mind positively reels. Check out my full interview with these two next week!