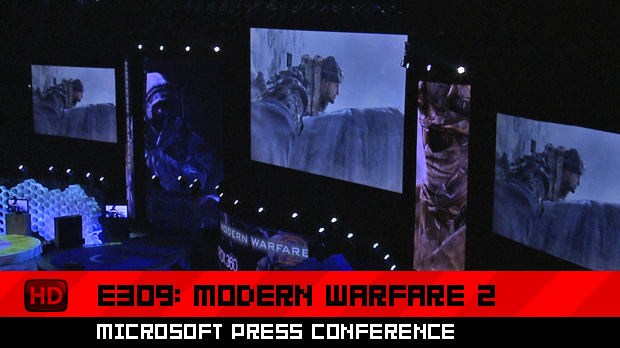 Infinity Ward knows a thing or two about showing off its games during a press conference. After watching Modern Warfare 2 be played in front of a live audience at Microsoft’s 2009 shindig, and thinking about how many ways the demonstration could have gone awry, I have settled on that conclusion.

The last time my eyes were this glued to the screen, I was watching Call of Duty 4’s “All Ghillied Up” level during E3 2007. Similarly, the section of Modern Warfare 2 shown starts off relatively calm, free of any humans besides you and your partner, but quickly ramps up the adrenaline in a very cinematic way.

But enough of me transcribing the events of a videogame as if I’m telling a story — you owe it to yourself to watch this thing.

Filed under... #Call of Duty#E3#Infinity Ward