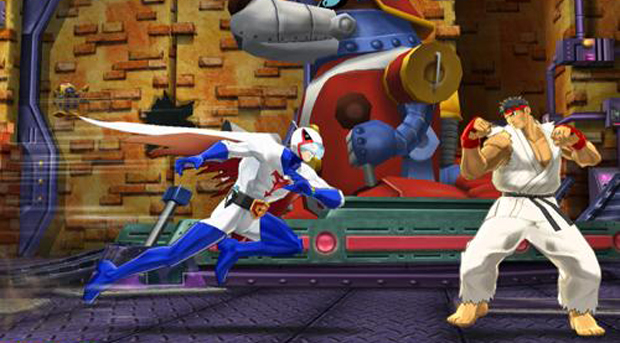 Capcom’s latest press release for the hotly anticipated US version of Tatsunoko vs. Capcom has some interesting new details on what’s going to be different between this version of the game and the original Japanese one. In addition to the five new characters, Capcom also mentions that they had to remove one of the original characters due to licensing issues. No mention of who the removed character is, or who any of the new five will be, but I’d love to see some more Darkstalkers characters make an appearance.

The press release also mentions that the US version is going to feature more mini-games (OH BOY!), a better story mode, and, most importantly, online play that won’t be restricted by friend codes. If you want to read the press release for yourself, it’s right below the jump. Between this, Punch Out, and FFIV: The After Years, I’m surprised to find that I actually have reasons (that’s right, plural!) to turn my Wii on.

SAN MATEO, CA — June 2, 2009 — Capcom®, a leading worldwide developer and publisher of video games, today announced that Tatsunoko vs. Capcom is coming to North America for the Wii™ home video game system. Capcom’s popular and critically acclaimed ‘VS’ fighting series is getting an all new next-generation introduction. Tatsunoko vs. Capcom pits Capcom’s iconic characters against Tatsunoko Productions anime superheroes. This clash of heroes face off in two-on-two battles for the ultimate 2D tag-team battle.

Originally released in Japanese arcades in the Fall of 2008, the original Tatsunoko vs. Capcom moved to the Wii console on December 11, 2008. This extraordinary fighter will blend these two rich universes by taking Capcom characters like Ryu from Street Fighter, Morrigan from Darkstalkers and the giant PTX-40A from Lost Planet and putting them against Tatsunoko fan-favorite characters from Gatchaman, Hurricane Polymar, Casshern and more. It’s a battler oyale that delivers match-ups that only exist in fans wildest dreams!

Unlike the more well-known six-button layout that the Street Fighter franchise pioneered, the VS line features a simplified four button system: “Weak”, “Medium”, “Strong” and “Assist” for the tag-team option of. The “Assist” feature adds another compelling element found Capcom’s other “VS” series: allowing players to switch their character on the fly or call for help from their tag-team partner, allowing for spectacular super moves (“Hyper Variable Combination”). Successful execution of the Assist feature can turn the tide of battle on a dime. Historically the VS series excels in integrating the tag-team options by including customized moves like Variable Assist, Snapback, and the previously mentioned Hyper Variable combination that lets both characters on one team perform their Hyper attack.

TvC enhances the above gameplay with new mechanics, including the Variable Aerial Rave that allows characters to be switched in the middle of an Aerial rave. More moves include the offensive Assault and defensive maneuver Mega Crash. Another new gameplay mechanic, titled Baroque, illuminates the character in a rainbow of colors, cancels the current attack and extends combos and damage.

This “newer” version of TvC, currently dubbed Tatsunoko vs. Capcom, removes one character due to licensing issues, and adds five new ones, online gameplay, more mini-games and an enhanced story mode.

• Match-ups are not restricted to just “Friends”

• Earn Points and Titles (for Title Creation) for all to see