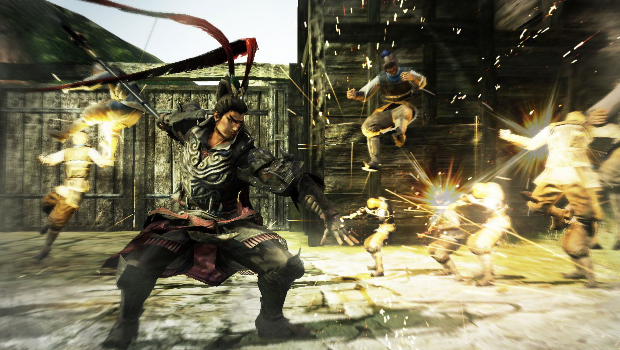 Some new Dynasty Warriors 8 screenshots have arrived, mostly focusing on Wu but taking some time to reveal the new designed for the “Other” force generals including Dong Zhuo, Diao Chan, Yuan Shao and, of course, Lu Bu.

On the Wu side of things, you can check out Zhou Tai, Xiao Quiao, Taishi Ci, Ding Feng and, most notably, Han Dang. He’s a brand new playable warrior, coming fresh into Dynasty Warriors 8.

It’s looking good, though I am a bit disappointed at how the character updates aren’t as radical as they used to be. It seems Omega Force has gotten into a comfortable area with all their designs and aren’t willing to throw them away with major updates anymore. It’s cool they like their work, but one of the appeals of each major installment is how different everyone looks. Not feeling that so much this time.

I do realize this is gibberish to the non-fans, but I’m sure we can all have a good laugh about it later.