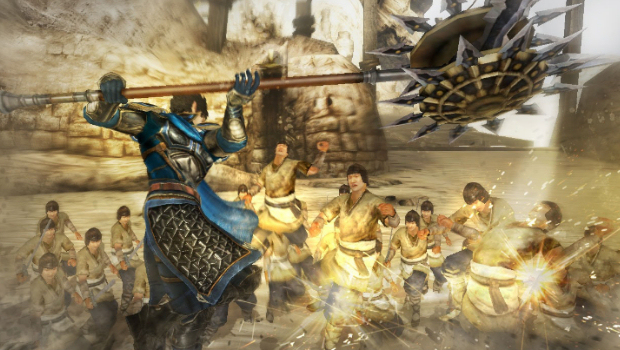 Some new screenshots for Dynasty Warriors 8 have hit the Internet this fine morning, showing off Xiahou Dun, Zhao Yun, Yue Jin, and an entirely new face to the series, Li Dian. What? YES!

Li Dian is my favorite Wei general from the original Romance of the Three Kingdoms story, and one of my top characters overall. I’ve been waiting for him to appear in Dynasty Warriors for years, and there he is. He fights with what Siliconera is calling a Wheel Halberd. Works for me.

Aahh, Dynasty Warriors pre-release season. That blissful time where I get to annoy normal people with constant inane chatter that only 3% of readers understand. Loving it.