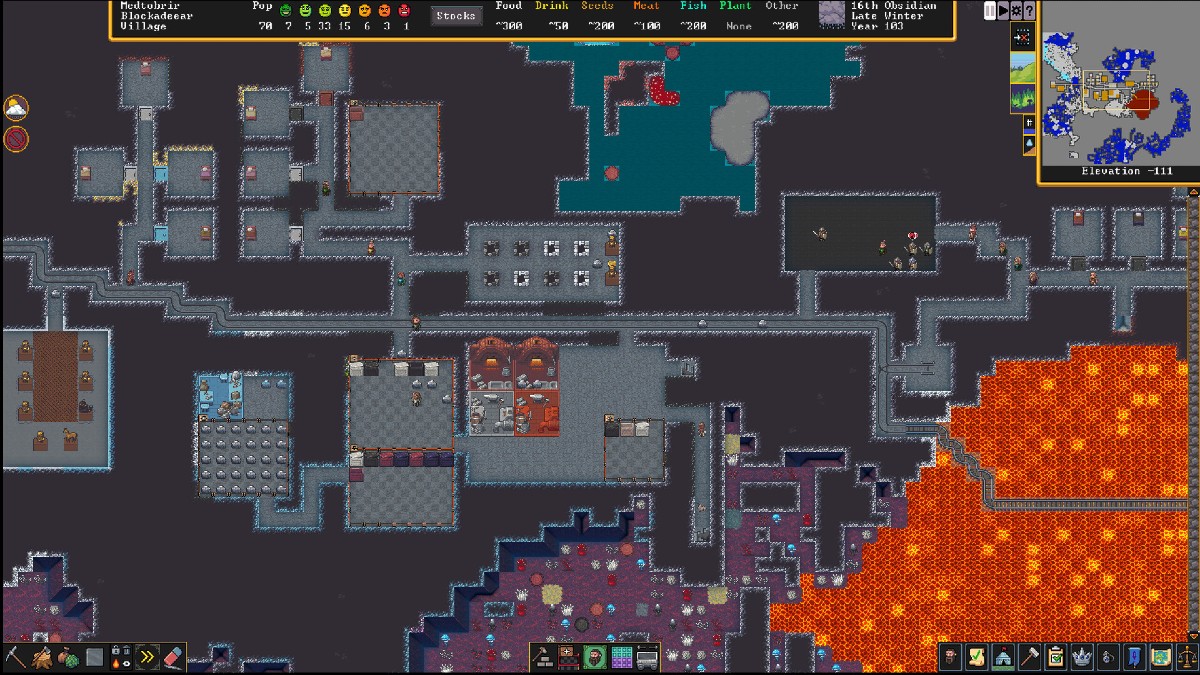 Dwarf Fortress has been a little engine that could in the games industry for decades, and after its full release in December, the title is finally seeing some well deserved success. It’s only been out for a month, but Dwarf Fortress has managed to amass over 500,000 sales on Steam, which is a pretty big deal for a game with such humble beginnings. This number was developer Bay 12 Games’ two month sales goal, meaning the team crushed it twice as quickly as they thought they would. What’s more, the game has received the coveted “overwhelmingly positive” reception on the platform with well over 15,000 reviews.

Dwarf Fortress’ origins stretch all the way back to 2002, when it was conceived as freeware. Thanks to the tireless work of the game’s two man development team — brothers Tarn and Zach Adams — and donations to keep the project afloat, Dwarf Fortress launched its first alpha edition in 2006. The game garnered a cult following over the years, is said to have influenced titles like Minecraft and RimWorld, and was even featured in a 2012 exhibit on the history of gaming at the famed Modern Museum of Art. Its completion and final release on December 6, 2022 marked a big moment in gaming history for a lot of people.

The game itself features a combination of construction and management simulation mechanics, as well as rogue-like elements. A game with such a rich history begets complexity in its gameplay, because while its a notoriously complicated game to learn, it’s an incredibly rewarding experience — even with the random encounters that can wipe out your carefully-planned settlement in the blink of an eye. The Steam reviews are full of hilarious tales that naturally emerged as players worked their way through the game, and I think that’s a real testament to some awesome game design.