Believe it or not, it’s been over two years since Dustforce originally hit the PC. Even more surprising is none other than Capcom helping the fine folks at Hitbox Team bring their dusting platformer to PlayStation 3 and PS Vita (as well as Xbox 360 at a later date). We already have a full review of the original PC release of Dustforce, so these are just quick impressions of the two new versions that released this week. 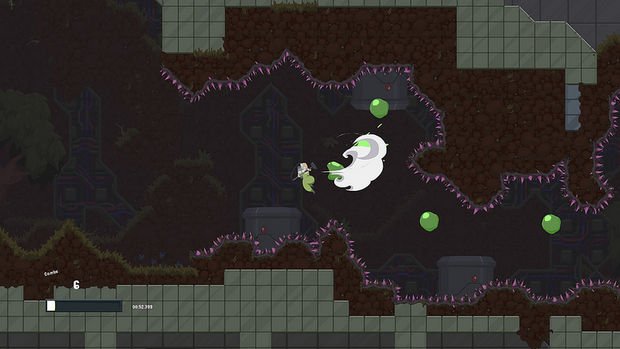 Right off the bat, it’s worth noting that Dustforce is strangely not a Cross-Buy game, with both versions costing $9.99 each. So make sure you’re buying the game on the system you want it most on. However, all is not lost as this version touts both Cross-Play (for online multiplayer) and Cross-Save. The Cross-Save was slightly confusing and not very apparent to set up compared to other games’ one-button implementations, but once the setting is turned on in the game’s settings menu in both versions it all works just fine.

The Vita specifically has a couple smaller extras that set it slightly apart from any other version. The first being the usual menu navigation with touch screen controls, and the other being a setting that can be turned on for motion control that isn’t quite what you probably have in mind. All it does is control the background elements with respect to how you’re moving the system around, similar to the iPhone’s parallax scrolling. It does provide a pretty cool mock 3D effect, but in my experience caused the framerate to stutter every once in a while and made me pretty dizzy. Speaking of the framerate, it did appear to also stutter ever so slightly when things got a little crazy on the screen, but it was never bad, nor frequent, enough to impact the gameplay negatively. Otherwise, everything was buttery smooth. 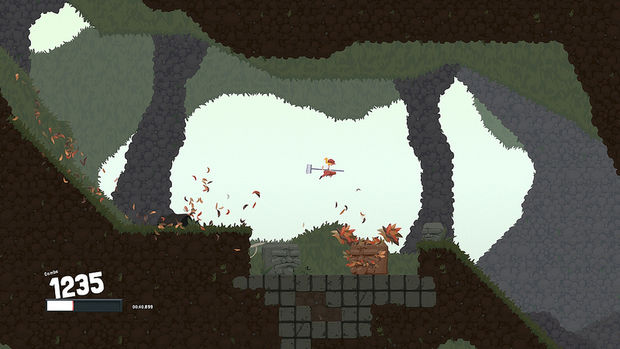 Dustforce feels right at home on these platforms, especially the Vita. The quick, time-based levels seem as if they were designed for the portable specifically. If you have any sort of commute or time to kill in the middle of the day, you’ll no doubt feel the impulsive urge to hone your skills, try to best your scores, or finally beat that damn level you had so much trouble with the day before. And with the Vita’s always incredible d-pad, the game feels better than ever before. Dustforce‘s tutorial will lead you to believe the analog stick is the way to go, but believe me you’re going to do all kinds of unintended inputs that way.

Any way you look at it, Dustforce is an incredible game no matter where you pick it up. It looks and feels better than it ever has on the Vita, with the PS3 version being just as good (just far less portable). Of course, I haven’t even mentioned just how infectious the soundtrack is, how much personal satisfaction comes with constantly becoming better at pulling off split-second acrobatic tricks, and how beautiful the game looks. But that’s what our original review is for. Just know that the PS3 and Vita have yet another stellar indie hit to add to an already huge list of must-haves.