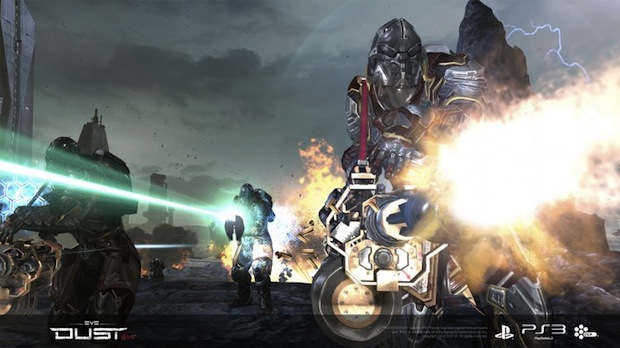 Details on an upcoming Dust 514 PS Vita companion app were also revealed during the keynote. It’s currently under development for a 2012 release, with the tentative name Dust 514: Neocom. The application will allow access to the game’s market, skills systems, mail, chat, and star maps. CCP is also evaluating further PS3 possibilities, like realtime PS3-to-Vita gameplay.