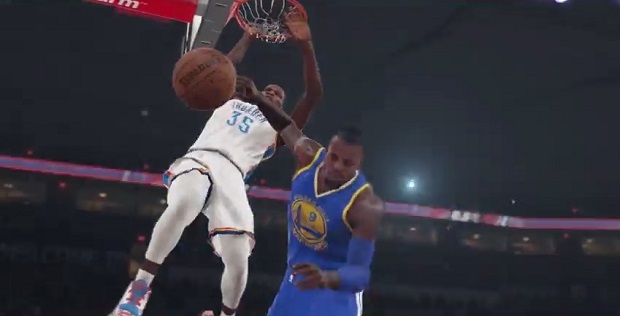 That’s what we call a ‘high-percentage shot’

It’s pretty neat that Kevin Durant was able to make this dunk look as effortless as he did. But, nobody’s talking about poor Andre Iguodala, the Golden State guard that just got posterized. Actually, it’s worse because it’s a video. He got videoized.

You too can bring this degree of shame to your opponents when NBA 2K15 releases on October 7 on PC, PS3, PS4, Xbox 360, and Xbox One. Just remember that they also have feelings. Maybe settling for a nice mid-range jumpshot instead of a thunderous dunk would be more sportingly. It’s worth the same number of points, too — two.