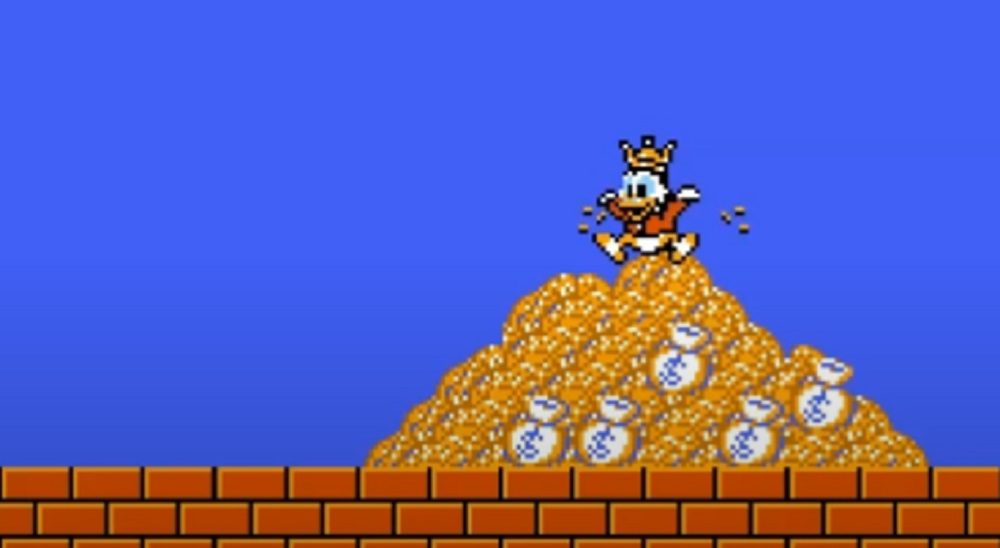 ‘There really is more important treasure than this. That is . . . Dream and Friends’

If there’s one thing Scrooge McDuck loves, it’s gold. But in the NES version of DuckTales, he almost loved something more than his fortune: “dream and friends.”

Speaking to Kotaku on the story of the NES classic, Darlene Lacey, who was in charge of overseeing Disney games at the time, made a crucial change to the game’s ending. Originally, there was an option for Scrooge to give up his fortune and inform his nephews: “There really is more important treasure than this. That is . . . Dream and Friends.”

Lacey was “tempted” to keep it in, but “knew” that they couldn’t. So they altered it to the one we know today: “Right, lads! I couldn’t have done it without you. I really am the richest duck in the world.” They follow that up by saying that they “love” that fans found out about the original though, and thinks “it was the better line.”

It’s tough to accept! Having Scrooge show a change of heart isn’t completely without precedent (both within the DuckTales TV and film universe, as well as the new series); but ultimately he still gets back at it, chasing his fortune and expanding his money bin beyond his coveted Number One Dime. I mean, Capcom and ostensibly Disney would have needed to hand-wave that other ending for the sequel!

The Story Behind DuckTales On NES [Kotaku]