[Update: Duck Game is available on the Switch eShop.]

The slapstick humor of Duck Game always puts a smile on my face and I’m absolutely down to play it again on Nintendo Switch. While the Switch port was ever-so-briefly announced in an indie showcase video a year ago (just the logo was shown), we haven’t heard much else since.

It’s still happening, though! Creator Landon Podbielski shared a status update noting that he’s been working with the team at Monogame in recent months and while “release dates and features and whatnot have yet to be decided,” the Switch version of Duck Game “runs really well.” That’s fantastic. 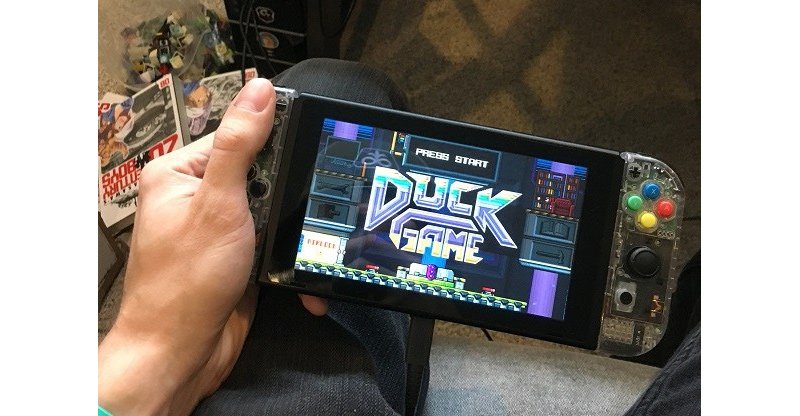 Podbielski is also looking to improve the existing PS4 and PC versions as well. For the former, he intends to resolve the online connectivity issues; for the latter, he’s looking at “bug fixes related to the leveling/furniture systems, improvements to online synchronization, and some other fun stuff.”

Oh, and he’s collaborating with pals on a new game that’s not quite ready to show. Here’s a tease.