[Destructoid turns seven this Saturday, and all month long Dtoiders have been sharing their favorite memories from their time in the community over in our Cblogs. Here’s a wonderful story from former Dtoid staffer Jesse “Tactix” Cortez. Share yours now! –Mr Andy Dixon]

Hey everyone! Long time no see! It’s been a while since I’ve written anything on here, but you must know that I’ve never really left your side for a second. Most of you may know that I went from regularly contributing to the goings on in Destructoid to vanishing into thin air. Sometimes real life takes you in a different direction and it’s best to pass on the torch to those who are more than well equipped to handle things you don’t have time for.

Well, this month’s topic really motivated me to write up on my favorite Dtoid memory. There are SO MANY to choose from since Dtoid has been such a great place and community of friends, from the first Dyson GDC party I attended, to each and every PAX I’ve been too (and all the hugs and kisses there), to finally watching Showgirls with Chad Concelmo, and organizing all night live streams with Extra Life and raising $6,000 for Childrens Miracle Network.

But I’d have to say that the thing that will always stick out to me about my favorite Dtoid memory is the story of how I got the chance to be a bona fide “games journalist”, something that I had always dreamed of, which culminated with covering EVO on behalf of Destructoid.

This whole journey pretty much began with my first trip to E3 with the crew of Destructoid. At this point my only role on the site was really just running the community group DtoidSF. But since the staff was mostly centered in San Francisco, I was able to find a way to get down to Los Angeles with the guys. However, since I wasn’t officially staff I sort of had to find my own way into the expo.

Taking cues from the story of how Destructoid began, I had a friend who had a friend that worked for a large gaming company (two letters, both vowels, take your guess). This friend had a badge for the expo but wasn’t going, so with a little persuasion I was able to obtain the badge. Once in LA all I had to do was find a lanyard. I tried to by one from the nearest Office Max that looked like the ones they were giving at the expo, but couldn’t find any that matched. Luckily, I had attended a chemistry conference using the same suitcase I had, and my old lanyard was in there. After some MacGyvering I was now in business!

Now that I had access to the expo, I was able to not only have a great time, but be a sort of intern for the rest of the staff. My duties quickly became “wearer of the helmet”. Mr. Dtoid must of course make his appearance at the show floor so I pretty much spent a lot of the time with a huge piece of green metal on my head, posing for pictures. I was even in the middle of a wrestling ring with the mascot of Naughty Bear, trying to avoid getting mauled by actual Lucha Libre wrestlers! When the show ended I couldn’t believe what a first E3 experience that was. 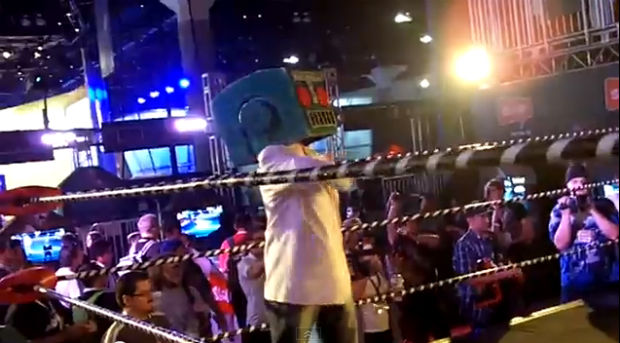 My time at E3 really gave me the confidence that I could do much more for the site than before. I soon started organizing the Extra Life marathons and proving myself as more of a staff member (I even got business cards!). My second E3 I had the pleasure of helping Jon Carnage and Pico host the live stream show from the E3 floor, interviewing Mike Ross and Gootecks, and various other gaming celebrities.

It was at this E3 that I mentioned to Niero that I was planning on attending EVO this year and hinted that it would be great if Dtoid could cover it. I was sort of thinking I could just go and support any staff members the way that I did at E3, but it quickly turned into “Jesse, that’s a great idea. You can do it!”

I was really nervous about this at first. How does an organic chemist suddenly cover an entire event on his own? With little to no “journalism” training? That nervousness quickly turned into excitement because Niero and the staff had faith in me. I KNEW I could do it. In the months leading up to it I booked various interviews with Capcom employees, planning out panels to attend, and prepared myself.

Once there it was game time. Luckily a fellow contributor (thanks Wesley!) was in the area for unrelated reasons and was able to help me cover a panel and hold the camera for me, but besides that, it was one man, one camera, and one tripod against the world. This made my EVO experience suddenly completely different that I had planned. Instead of entering any tournaments or taking part in casuals, I was listening to a panel, running to write it up, running down to get some B-roll footage before an interview, and then uploading the video while I ate quickly to make the next interview. It was crazy. It was hectic.

It was a dream come true. 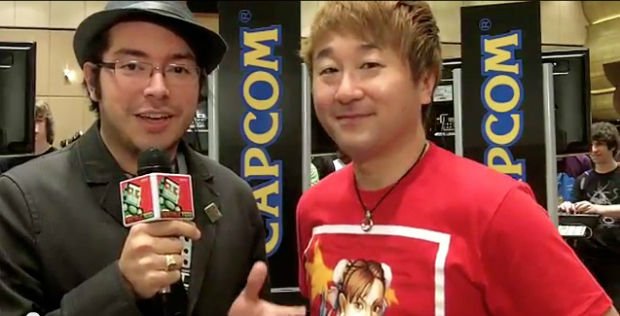 It wasn’t all work, though. I had a great time networking and talking to lots of people there, even getting the chance to watch the finals from the Capcom “VIP” section right in front of Yoshniori Ono! (Thanks Seth!). I was able to hang out in the Salty Suite after hours with Haunts and Rogerdodger as the pros played money matches. And it just felt good to be the representative for a site that I loved so dearly to all the people in attendance. They were so happy to see Dtoid’s interest in covering the event and made sure to let me know. After all the coverage came up that weekend and throughout the next couple of days, and various other fighting game blogs picked up the stories and ran them (“Destructoid’s Jesse Cortez was at the show…”), I couldn’t have been any prouder and thankful for the opportunity that Niero and Destructoid gave me. Only here could a scientist show that he had the heart and the drive to become a games journalist, and have the boss say, “go for it”.

Well, I hope you enjoyed this little flashback to my time as a Dtoid staff member! Soon after, I joined the San Francisco Gay Men’s chorus which started eating up my free time. It’s been amazing performing with them, singing solos in front of 2,000+ people, going to Skywalker Ranch to record world premiere music, and traveling to spread the message of gay rights to places such as Laramie and Denver. But I do miss my work in the games industry pretty much every day, and every time I visit Dtoid.

However, unless you’ve been under a rock, you have noticed that there has been a lot of attention in the recent year to what I’m calling the “Gaymer revolution”. The birth of Gaymercon (now GaymerX), same-sex relationships in role-playing games, EA’s Gaming in Color event… there is a lot of stuff on the horizon dealing with LGBT issues in the gaming community. And if you think I can just sit by and not have something to do with it, then you don’t know me very well <3

Look out gaming industry, ’cause your favorite fedora wearing, Glee-singing, fighting game enthusiast might be showing up here now and again. And all because Dtoid gave me the confidence to know if I wanted to do something badly enough, it can be done 🙂