Are you guys missing each other? As you all know, September was PAX and if you are anything like me, you are already itching to hang out with your fellow Dtoid community members again! Well, as luck would have it, the Destructoid city group leaders from around the world have been planning events for the month of October to satiate our party needs!

Read on to see what NARPs are happening in Australia, Los Angeles, San Francisco, Northeast, Texas, and the Northwest!

Dtoid Australia is at it again competing at Mana Bar, but they also have some other awesome events planned. Join them as they go to watch the Brawl Stars go against the Bloody Mary’s at Roller Derby, watching horror movies and having a Halloween party to get people all dressed up in their favorite costumes!

Be sure to follow Dtoid Australia on Twitter and Facebook as well as check out the Google group for details of these events and much more!

Lv99Ron is an AMAZING guy and the Dtoid community is coming together to help out our boy in time of need! There are amazing events happening at Ronathon, such as DolphinWetness Podcast and DDR Sock Hop. If you’re in Los Angeles, PM Alex Barbatsis for the address and if you aren’t, check out the front page to watch this event streamed and help out a great cause!

Dtoid West Coast is all about helping people in October! Join DtoidSF on the 16 as they raise money for the Extra Life charity. If you are in the area and want to help out with the gaming marathon stop by, and if not tune into their gaming stream and give some money for charity! 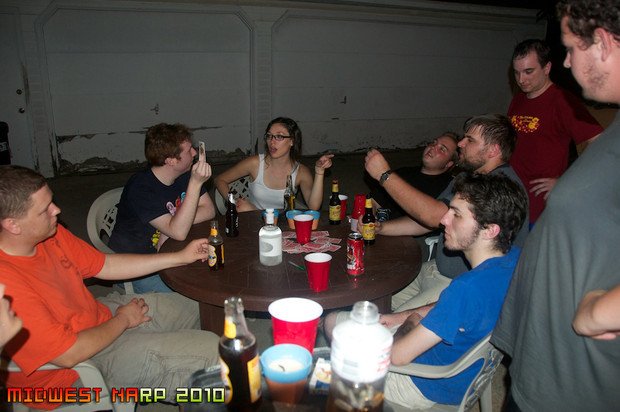 Who: Dtoid New England — Senisan
What: Chiptune Night and Halloween Party
When: Oct 1, 23

Dtoid New England is doing two things this month: going to a Chiptunes night at Gulu-Gulu and having a Halloween party at the house of HeyRicochet! Listening to awesome chiptunes music and then partying seem like awesome ways to start and end this month of October!

DtoidNY is heading to Comic Con! This year is being combined with the New York Anime Festival which means a HUGE convention and good times. If you are planning on going and want to hang out with Dtoiders, either contact Power-glove via PM on the site or check in on the e-mailer, which can be found here.

Dtoid UK is heading to Eurogamer Expo which marks the first anniversary of this amazing regional group! If you are heading there, make sure to let everyone know and check in on the emailer!

8static is Philly’s monthly chiptune showcase/party, and it was a major part of their NARP a few weeks ago. Come join them as they check it out again!

Make sure to join the Google group and Facebook group for more info!

Who: Dtoid Chicago — AwesomeExMachina
What: Team America screening and Halloween party
When: Oct 5 and TBA

Dtoid Chicago has risen again thanks to AwesomeExMachina and they are starting off with a bang! Get to know each other by watching Team America at the Music Box Theater and a Halloween party at Awesome’s apartment, now called “The Lounge”! Yay new city groups!

And now…a list of other groups that might not have anything planned as of yet, but keep checking in. New events happen all the time!

Near Phoenix? Make sure to get involved in one of the newer city groups by checking out their Google Group!

Check out their google group and stay tuned, because there are plans in the works to go to Austin Comic con!

Check out the Google group when you have the chance!

You can check out the Google group here!

That’s all for this month! See you again in November for another update!