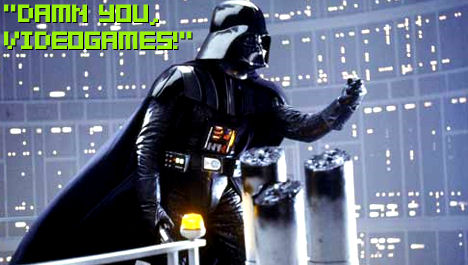 Grand Theft Auto: Chinatown Wars isn’t even near release yet, and British comic The Sun has already begun to cultivate its own controversy around the game. Having caught wind of the drug dealing aspects of Rockstar’s portable title, The Sun has decided to report on the “Fury over drug dealing vid game,” and cited Drugsline rep Darren Gold, who had this to say:

“Anything using drug-dealing as entertainment is sending out the wrong message. Glamorisation doesn’t help our work trying to educate kids of the dangers of substance misuse.”

GTA: Chinatown Wars promised that “tasteful” minigames would be part of the DS release, and then revealed that drug dealing was a major part of the proceedings. Personally, I find the idea somewhat tasteless and immature in theory, although I have not seen it in practice. Rockstar naturally has a right to put whatever content it likes in its game however, regardless of my personal taste.

What does interest me is both how this apparent outrage came to occur, and what it is about Gold’s comments that even constitute fury. If anything, Gold’s comments seem somewhat measured — he clearly does not approve of what he’s heard, but it’s not like he’s calling for bans or censorship. He certainly does not come across as furious, as The Sun‘s headline suggests. The story claims that charities have “blasted” the game, and then merely cites one man as flimsy evidence of this. I find that questionable.

To help me understand this “fury” and perhaps gain insight into how mainstream media reports on videogames, I have asked Mr. Gold for comment.