We went hands-on with the studio’s latest

Even since Tales from Space: About a Blob, Drinkbox Studios was one to watch for me.

But it was in 2013, when Guacamelee hit, that they kind of became a “must watch” developer. You know the feeling, like when Thatgamecompany released Journey, or Supergiant gave us Bastion.

We sat down with a few people from Drinkbox recently, and embarked upon a hands-on preview adventure with Nobody Saves the World, their newest game. Oh yeah, that’s a thing! 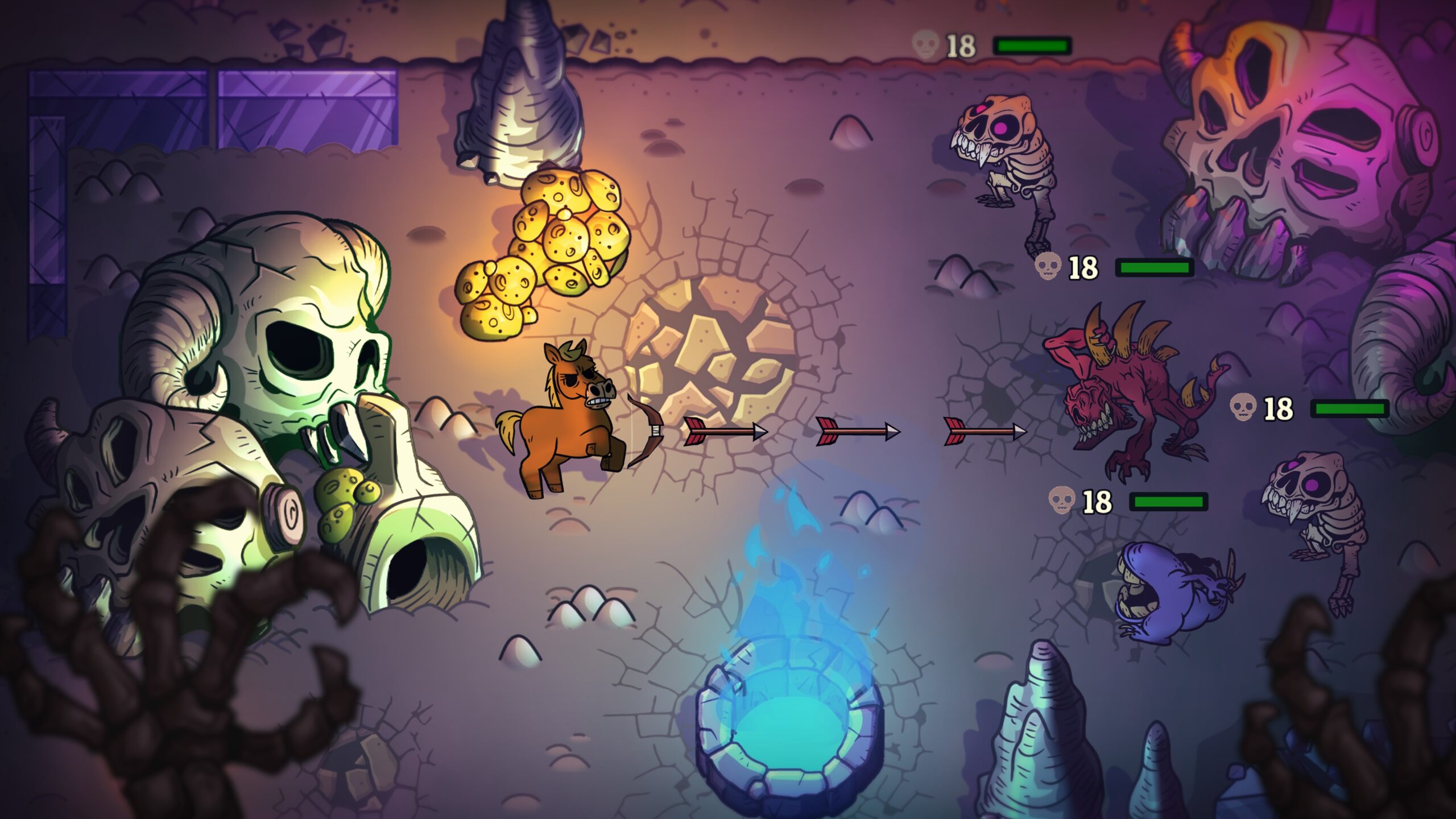 During my hands-on, I had the chance to interact directly with studio co-founder Graham Smith and lead designer Ian Campbell, who noted that this was what they’ve been working on “for the last year or two.”

I started roughly 30 minutes into the game, eschewing the story setup and tutorials. Here’s a quick primer: you’re a little “white baby thing” (their words!) called “Nobody.” You woke up in a shack with no clothes or memories, and an ancient evil has wrecked the world. A master mage named Nostromagus typically cleans things up (and saves the world), but he’s missing. His protégé, Randy, found you, and one thing leads to another; and you now have access to a powerful wand artifact.

The wand and the magic therein is the main gimmick both in terms of the game’s narrative and the underlying mechanics. As you may have noticed in the screenshots so far, Nobody can become a lot of different things. Now you can wander around as the little white baby thing! But at the start you can also transform into a rat (melee DPS), a ranger (ranged DPS), and a magician (a summoner type). All of these forms can be swapped to at will, and ranked up (you start at rank “F”).

All of this is taking place through an old school Zelda-like top-down action RPG framework. Drinkbox says there’s “around 25 dungeons” to conquer, and the “insides are randomly generated,” with unique elements for each one of them. You’ll spelunk in “Demidungeons,” then branch off into more formidable “Legendary Dungeons.” This story is told through a self-described “hand-crafted overworld,” that is “similar in size to old Zelda games.” I’m told it will take roughly 15-20 hours to complete. Drinkbox is “still working on the nature of the postgame.” At this time, it is “fully singleplayer.”

To get stronger and aid the sense of progression, Nobody can also finish quests (which are more like challenges) to unlock new forms and upgrades. The core loop is very satisfying, and I found myself being surprised by it in real time. Essentially, while Drinkbox tells me that you can use the same few forms if you wish to great success, you’re encouraged to swap constantly, finish new challenges, and unlock more abilities and rewards. You can also combine abilities across classes, and mix and match your style (one example was granting the ranger’s dash to someone else). 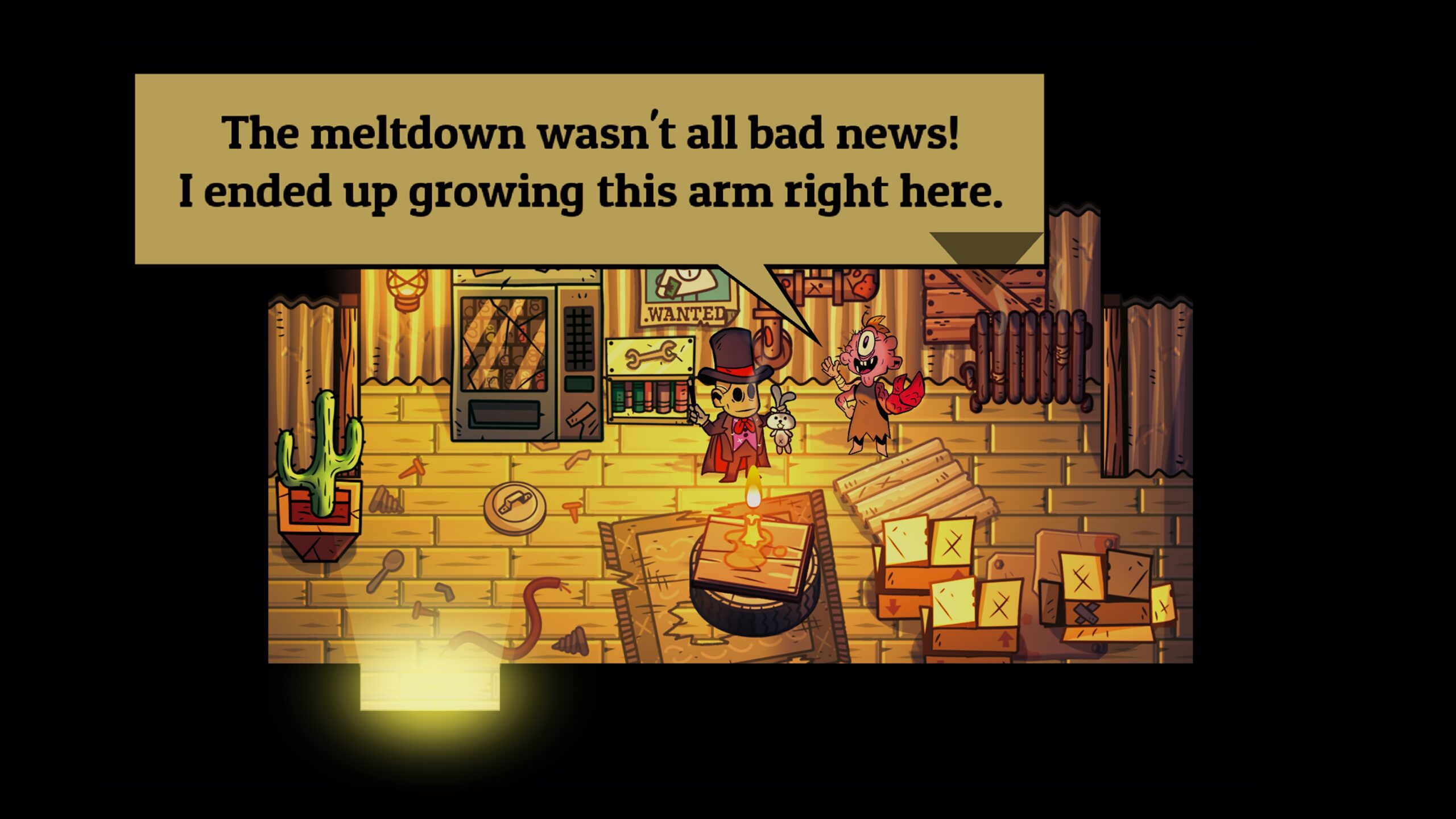 But how did this all come about? Smith says it was a “biproduct of how [they] select [their] projects.” He elucidates: “We have single page pitches of ‘here’s a game idea.’ For this project, everyone in the team pitched one or two ideas. We sat in a big circle and just pitched ideas all day. Eventually we narrowed it down to a couple of different projects, including this one. Ideas are being thrown around for how to change pitches. So the original pitch is maybe something different, but pulling in ideas from other pitches is something that happens regularly.”

Smith goes on to explain, “We were working on three projects, mostly on paper, but eventually it kind of whittle down and this is the one we ended up making. The team likes to work on new things and work in new areas. We had never done a ‘proper RPG,’ and it’s stretching our creative muscles in different ways. Severed was very much the same…we wanted to do something different.”

The art direction for Nobody Saves the World is very much “something different.” Campbell dove right in to acknowledge the notion that it was all gloriously unsettling, stating that “Unsettling is one of the primary words we’re using in the art direction. We’re trying to maintain the vivid colors from our other games. We’re also looking to differentiate this game. It’s definitely more grounded. There’s much less memes for example. A lot of those jokes from Guacamelee would come in at the end of the project, anyway.”

Nobody Saves the World will launch later this year on PC (Windows Store, Steam), and Xbox One/Series X/S. Drinkbox says that it is “nearing the internal beta period,” and is targeting “around the end of summer for launch.” It is just a target, Smith says, and they aren’t going to release the game until “they’re happy with it.”

Of course I had to sneak a cheeky Guacamelee question in. When asked about another sequel, Smith explained that “Guacamelee 3 is not off the table, but there are no plans” right now. So you’re saying there’s a chance?