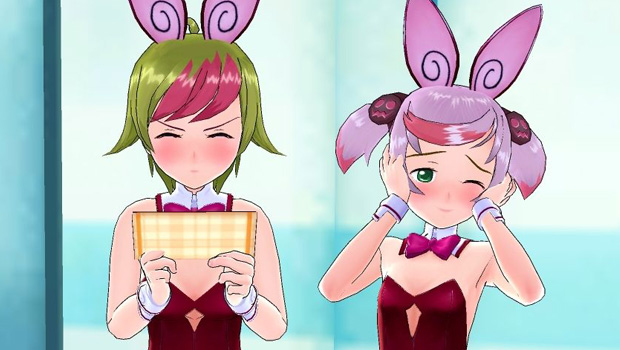 The wacky rail shooter, Gal Gun has finally made its way to Japanese shelves on PS3, more than a year after the Xbox 360 release. Since the game has shown up so late to the party, it has decided to bring a few tantalizing gifts. Well, maybe not gifts since it’s DLC –but who knows, perhaps it’s free? The content due on March 1st, includes some swimsuits, bunny outfits, a nurses uniform, as well as other moe essentials.

For those uninitiated in the ways of the Gal Gun, the game is basically a mixture of a rail shooter and a dating sim. The protagonist is put in the peculiar situation of being absolutely irresistible to girls, and must fend them off with his pheromone shot. The catch? If you don’t find your true love before your power wears off, you are doomed to be forever alone. Sometimes I really miss my homeland, but this is not one of those days.