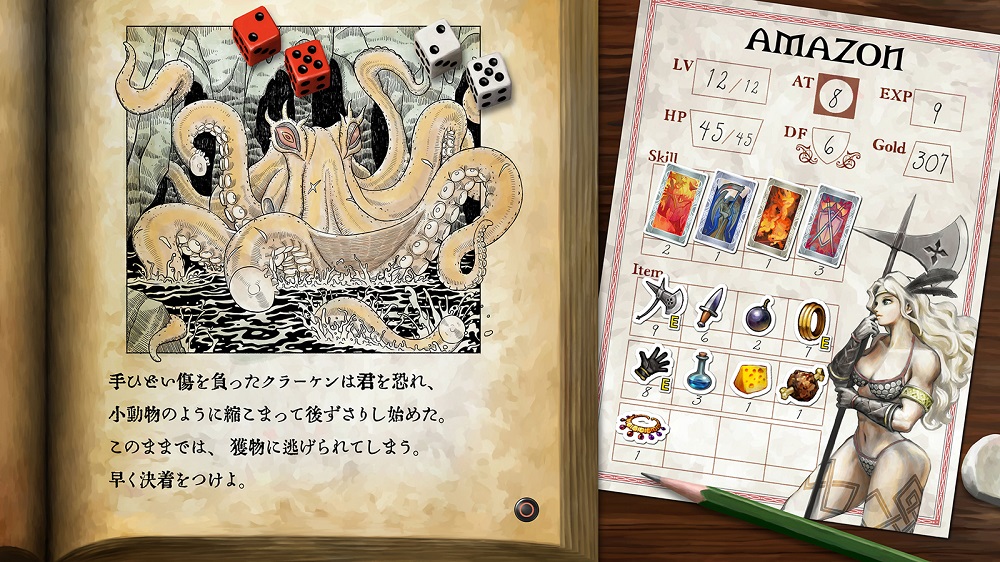 Atlus have announced that the revamped edition of PS3 RPG brawler Dragon’s Crown will not make its original Japanese street date of January 25, having been put back to February 8.

The silver lining to this story is that they also announced that the first run of Dragon’s Crown Pro for the PS4 will come with a digital tabletop-style game book “Treasure of Demon Island”. Players will get to take their favourite character on a page-turning quest, rolling digital dice to combat monsters, evade traps and collect treasures.

This announcement is, of course, referring to the Japanese release of the game. So everyone cross your fingers that we can not only get a Western release of the fantasy adventure, but that we also get a translation of this cool little addition. Unfortunately, being a digital game book, you can’t keep your finger on the last page, in case you made the wrong decision, sorry.

Dragon’s Crown Pro launches on PS4 in Japan on February 8.