Skyrim: Dragonborn is alright on the PC

Almost two months after coming out on the Xbox 360, The Elder Scrolls V: Skyrim‘s latest DLC, Dragonborn, has made its way onto the PC.

The content here is amazing, as Chris already explained in his review back in December. He only encountered a few bugs, but the experience on PC for a lot of people is a little less stable, to the point of the game breaking in certain cases. 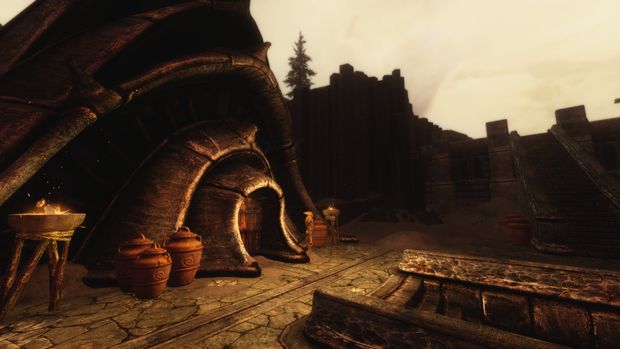 If you can run Skyrim, you’ll be able to handle Dragonborn just fine. I have a lot of mods installed and nothing broke when I installed the DLC, which is a huge relief. The last thing I would want to do is figure out what was individually incompatible. Bethesda has already updated its official HD texture pack to include Dragonborn, so it looks really good on the PC.

It’s not abnormal for Bethesda games to have some bugs, and it’s to be expected at this point. I had some NPCs walking around with only their heads above ground, spiders that were stuck in walls, and some other oddities floating around that didn’t really break the game. The one major issue that I ran into was that I could no longer harvest dragon souls. I did some digging and other users have reported encountering the same issue.

[UPDATE: This game breaking bug can now be fixed with the Unofficial Dragonborn Patch]

Bethesda is aware of the bug and it’s something that will hopefully be fixed in the next patch. This glitch prevents you from completing the main quest, which is a huge let down. I didn’t even know I couldn’t win until I tried the last boss fight for the third time and I still couldn’t get past it even while using console commands. 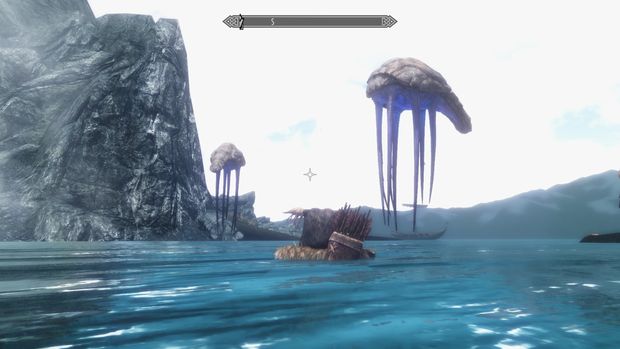 The dragon flying controls seemed a bit odd to me using the mouse and keyboard. Using spacebar to lock-on to a target and the 1 and 2 keys to alternate targets felt very out of place. It really took me out of the experience, and it didn’t seem to mesh very well with the existing game mechanics. I would have much rather just used the same controls as riding a horse.

The story, new spells and shouts, and returning to the epic landscape of Morrowind are well worth the $20 price tag for Dragonborn, but it might be worth holding off until at least the first patch is out. Although the dragon-riding controls suck, there will be a mod out soon enough to fix it, I’m sure.

Overall, the PC experience is very similar to the rest of Skyrim: very beautiful to look at and at times glitchy, with some design choices that seem better for consoles but will soon be fixed by modders. I recommend buying it as soon as they get the first patch up.