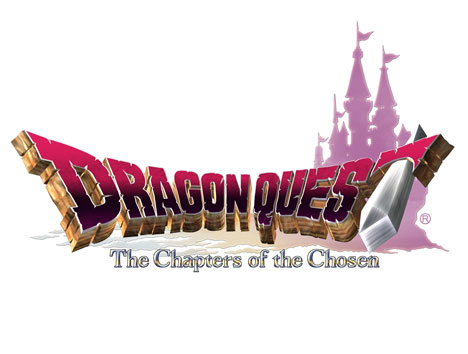 A long time ago, when men were men and subtitles still didn’t make sense, Dale brought us news that remakes of Dragon Quests IV, V, and VI were on their way. Today, Square Enix seems to be making good on its promise of increasing overseas sales — Dragon Quest: The Chapters of the Chosen will land on North American and European shores sometime this September.

For those of you not steeped in DQ lore, “Zenithia” is the name of the floating castle that figures prominently throughout the three games. “Chapters of the Chosen” is Dragon Quest IV‘s bombastic and grandiose subtitle, and “The Hand of the Heavenly Bride” and “Realms of Reverie” refer to V and VI, respectively.

Having missed the original DQ IV on the NES, I couldn’t be happier for a modern remake. For the most part, these old-school RPGs have made great transitions to the DS, and I doubt that this one will be any different. And even though Square did a great job throwing their Final Fantasy III DS remake into three dimensions, I think I like DQ‘s stylized sprites a bit better. But don’t take my word for it; check out some new screens in the gallery.

A press release, located after the jump, mentions some sort of wireless functionality, but there’s nothing about how that might work, or to what end. I just hope it doesn’t get shoehorned in like so many of the DS’ other features. Dungeon crawling first, bells and whistles later.

Get ready to journey through the lands, seas and skies of the vibrant DRAGON QUEST world with a trilogy of updates that bring three classic tales exclusively to Nintendo DS. With 3D graphics, newly animated monsters and dual screen presentation, the series that has shipped over 43 million units to date promises to captivate an entirely new generation of players, as well as treat long-time fans to three beloved adventures.

The trilogy begins with DRAGON QUEST: The Chapters of the Chosen, an exciting new update of the classic NES title DRAGON QUEST IV. The forthcoming trilogy, not only represents an opportunity to now play the titles on the Nintendo DS, but it is the first time these classic titles have been released in Europe.

John Yamamoto, president and chief executive officer of Square Enix Ltd. comments, “DRAGON QUEST: The Chapters of the Chosen is another excellent addition to the beloved DRAGON QUEST series. I hope that game players throughout Europe will enjoy the humour and excitement and look forward to future adventures with DRAGON QUEST: The Hand of the Heavenly Bride and DRAGON QUEST: Realms of Reverie.”

About DRAGON QUEST: The Chapters of the Chosen

Enjoy a unique storyline split between five distinct chapters as you accompany a host of heroes in a colourful world filled with memorable monsters and secret treasure. DRAGON QUEST: The Chapters of the Chosen receives a complete audio/visual overhaul that breathes new life into this classic adventure with advanced 3D graphics and DS Wireless Communications.

DRAGON QUEST: The Chapters of the Chosen is made up of five chapters, each chapter introducing new and unique characters to the tale. As the player, you will experience the story along with these characters, unfolding a vast and epic adventure as you go.

Chapter 1: Ragnar McRyan and the Case of the Missing Children
Once upon a time, in the far away kingdom of Burland, the Royal Knight Ragnar Mc Ryan was ordered by the King to investigate kidnappings that had been troubling the kingdom. Did he manage to solve the mystery? There’s only one way to find out…

Chapter 2: Alena and the Journey to the Tourney
Alena, precocious Tsarevna of Zamoksva, was a curious child whose skill in combat marked her as something of a tomboy. She was forever causing trouble for her father, the Tsar, and his retainers. But one day, she finally managed to escape the confines of the castle…

Chapter 3: Torneko and the Extravagant Excavation
Torneko Taloon was an apprentice merchant who was blessed with a lovely wife and son. He passed his days in peaceful obscurity-until he decided to set off and fulfil his dream of becoming the greatest merchant in the world…

Chapter 4: Meena and Maya and the Mahabala Mystery
Maya, a beautiful dancer, and Meena, her fortune-teller sister, set out on their travels to exact revenge on the murderer of their father, a world-renowned alchemist who was killed several years earlier. Did the sisters ever locate their father’s mysterious assassin? Play on to find out…

Chapter 5: The Chosen
Once there was a small village that stood quietly in the deepest corner of the mountains. You, the hero, lived there with your doting parents, and passed endless happy days with your best friend Eliza. But one day everything changed, and your fate was altered forever…

– The first appearance of a classic DRAGON QUEST adventure in Europe!
– Unique storyline of five main chapters each introducing new characters. Continue the story to unfold an epic and vast adventure!
– A vast, beautiful and colourful world to explore – with even more colourful characters to meet, monsters to battle and secret treasures to find!
– A complete audio/visual overhaul breathes new life into a classic with advanced 3D graphics and an arranged orchestral score.
– Use DS Wireless Communications to welcome pioneers met through chance encounters in the real world, transforming a tiny town into a metropolis!