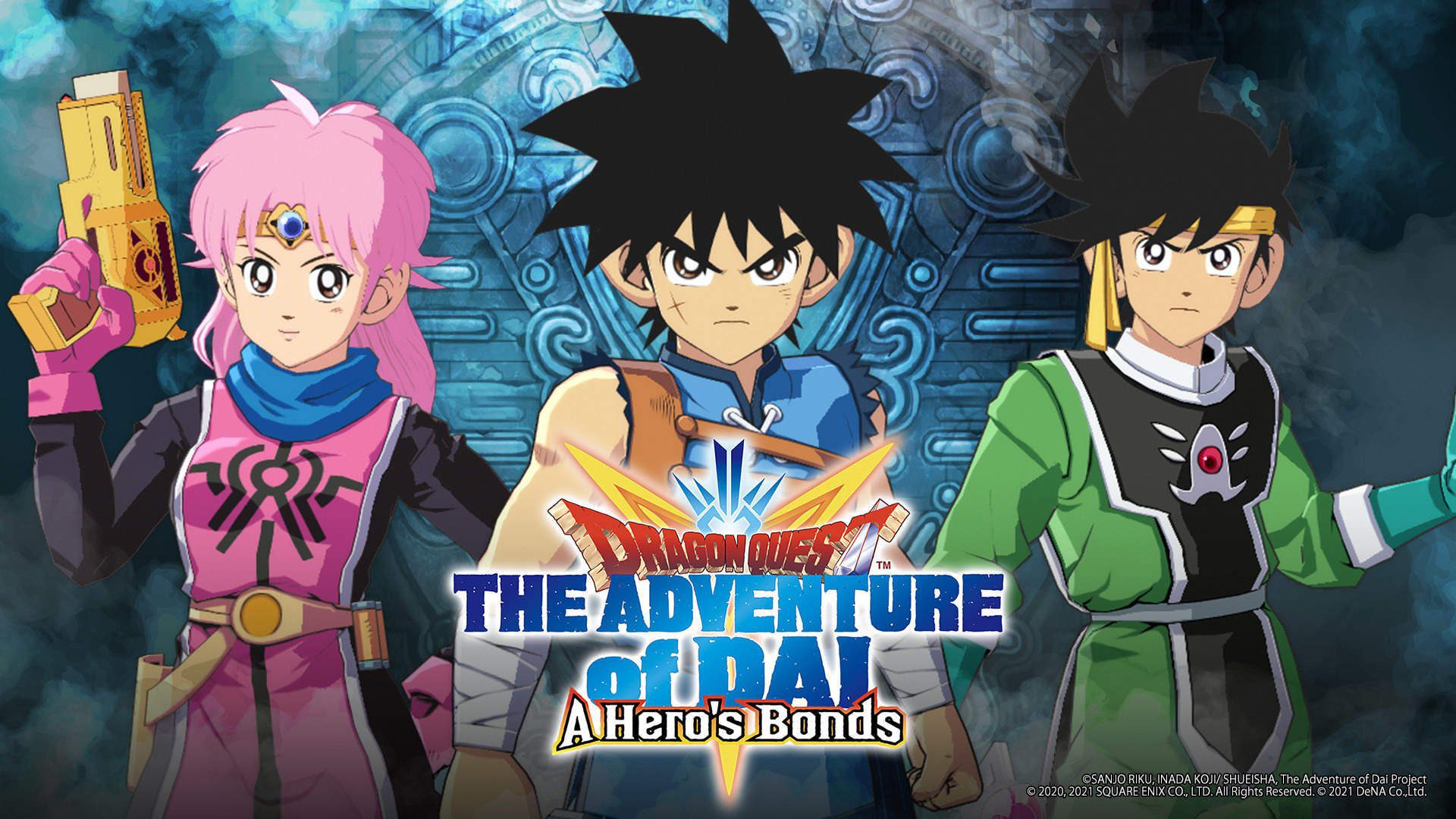 Hands on with the closed beta

If you’ve never heard of Dragon Quest The Adventure of Dai, I wouldn’t blame you. The manga series started in the pages of Weekly ShÅnen Jump back in 1989, following the exploits of the titular Dai and his friends as they embarked on a quest for revenge in a world full of humans, demons, and the classic monsters of the Dragon Quest series. The comic ran until 1996 and was also adapted into an anime, as well as a few theatrical films, back in the ’90s.

After lying dormant for a few decades, Square Enix has revived the property with a new manga series, a new anime adaptation of the original manga, and a trio of games that were announced last spring. A Hero’s Bonds is the first of those games to make it outside of Japan. It’s a free-to-play RPG developed by DeNA and published by Square Enix. DeNA is a developer you probably most associate with Nintendo’s mobile output, but it’s worked with Square Enix before on the hit title Final Fantasy: Record Keeper.

A Hero’s Bonds represents the developer’s first crack at the Dragon Quest franchise, but rather than doing something bold with it to make the title stand out in a ruthlessly competitive field, DeNA has chosen to play it disappointingly safe.

After Dragon Quest Tact, a serviceable tactical spin on the franchise that released out west earlier this year, I was hoping the franchise’s next mobile outing would be a little more engaging. To its credit, A Hero’s Bonds does feature a style of gameplay I find quite promising. It takes the auto-combat feature found in most free-to-play RPGs and applies it to the auto-runner formula. Each action stage of the game sees your team running down a three-lane corridor, coming face-to-face with Dragon Quest monsters. Your team will attack on their own; all you need to do is swipe your hero to the correct lane to actually hit the monsters, activate their special skills when they’re fully charged, and block and dodge enemy attacks.

It’s a surprisingly fun mash-up of ideas that quickly feels too bare-bones. While each corridor may feature a different location and aesthetic, every level I played in this closed beta was nothing more than a straight line that I completed in less than a minute. There were just a few enemy encounters in each stage, culminating in a simple boss battle, before I was knocked back out to the menu to continue the game’s narrative.

A Hero’s Bonds actually has two connected stories to play through. “Dragon Tracks” covers the events of The Adventure of Dai manga and plays into “Bonding Journey,” which is an original story featuring a player-created character that focuses on building bonds with their partners. While some action levels will limit who you can have in your party, I could use my created character throughout both storylines if I wanted. As this is an RPG with leveling and all, it is important to make sure both Dai and my character got some time on the battlefield.

In these action stages, players only control their lead hero, while support characters act on their own accord. Popp and Maam, both character’s from The Adventure of Dai and the first two partners you unlock, are pretty formidable on their own. They helped me get some easy SS rankings in the beginner’s difficulty, but also held their own when I unlocked additional quests and modes that increase the shallow challenge. Though, that could be because I got some really lucky pulls with the game’s gacha system.

Yes, A Hero’s Bonds is a gacha game. It also has multiple currencies, an energy system, a crap-ton of lore, crafting, and everything else some AAA mobile developers can’t seem to move beyond. I’ve written before about how the pandemic has altered my outlook on these types of menu-heavy, free-to-play RPGs. That hasn’t changed even as we draw closer to the light at the end of the tunnel. It doesn’t help that I started playing this at the tail-end of my review session of Fantasian, another mobile RPG that lacks everything our readers consistently remind us they hate about mobile gaming.

The best compliments I can pay Dragon Quest The Adventure of Dai: A Hero’s Bonds is that it’s got a unique gameplay hook. It’s beautiful, and its soundtrack is appropriately epic. It’s not the worst thing you can download to your phone, but at the end of the day, it’s another free-to-play mobile RPG that’s still clinging to old ideas of what those types of games should look like.

Dragon Quest The Adventure of Dai: A Hero’s Bonds is now available for preregistration and will release later this year for iOS and Android.

[This preview is based on an Early Access build of the game provided by the publisher.]