So back in January, Bandai Namco announced its plans to add a time machine to Dragon Ball Z: Kakarot.

Not only was the concept thematic, but it’s also very much functional, as the idea is that you can replay old content you’ve already beaten in a bid to acquire new items for your main quest, or clean up side missions you missed out on. Well, it’s been a bit since the last update, but the publisher has re-confirmed that the time machine is coming this week!

Alongside of two new screens for the mechanic, Bandai Namco has noted that the time machine is available today by way of a new patch. As the publisher puts it, you can “travel back in time to replay your favorite story scenes or complete missed side quests.” Get a look at the mission select interface below: and note the “Replaying Story” icon in the top-left hand corner of the UI for the gameplay screen. Just in case you forgot you were traveling back in time, the game will remind you.

I wish more games added functionality in a one-two punch format like this. Very few studios come to mind on the topic of consistently nailing theme. 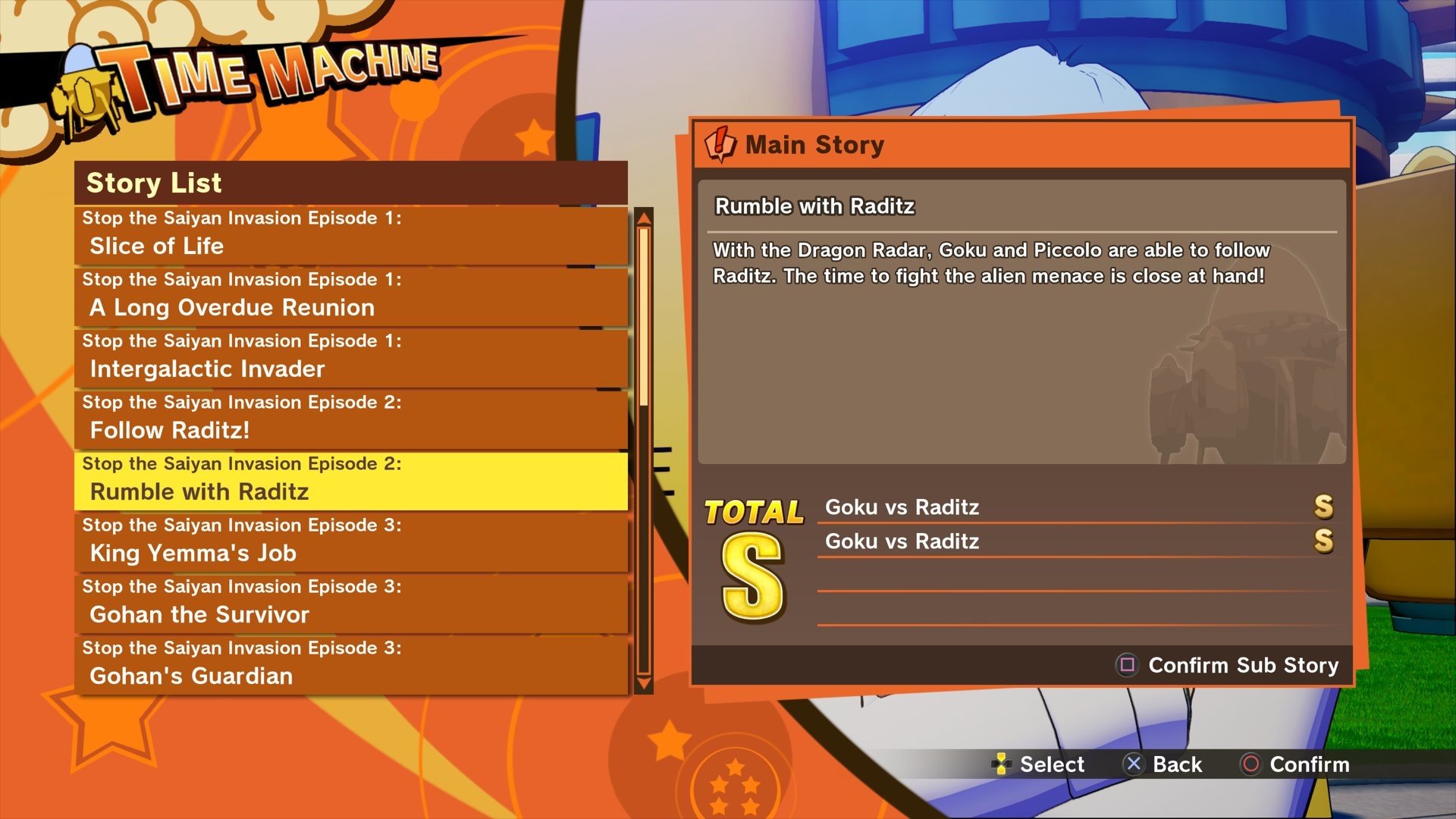