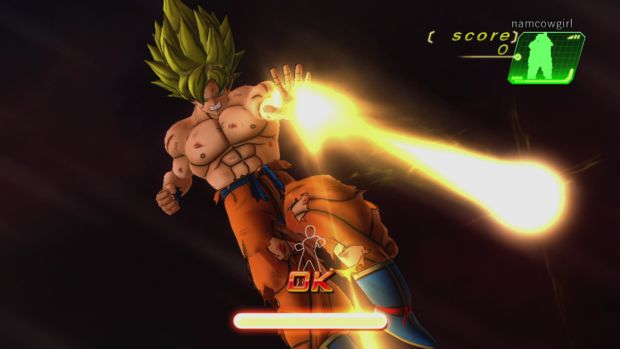 Last week we told you Namco Bandai was working on a Dragon Ball Z game for Kinect. It basically sees you playing as one of 50 characters going through the storyline where you can perform hundreds of moves like the infamous Kamehameha. I got a chance to play the game after the announcement and immediately felt stupid for getting even remotely excited for it.

I want to give Namco the benefit of the doubt as this was an early build of the game and the area holding the demo wasn’t that well lit. Still, my moves weren’t being detected by the Kinect half the time and it’s basically a stationary fighting game. You can’t actually move your fighter around, instead you’re just punching and kicking away. The only time you do move is when an attack pushes you back or if you perform some sort of special move.

You’re just furiously punching away in front of yourself, much to the same degree as a person clawing their way out of a coffin would after being buried alive. There isn’t even voice recognition. How can you make a Dragon Ball Z game like this and not let people scream their heads off?!

So that’s Dragon Ball Z For Kinect in a horrible, rotten, nutshell. Oh, there’s this whole thing with scanning QR codes for unlocking characters too. You know, because people LOVE scanning QR codes. We’ll have video of me attempting to play going up later where I’m pretty positive you can see the moment my soul just dies.