Apply the source to game, or apply game to the source?

Talking with Chris Moyse this weekend about our experiences at Eurogamer Expo (EGX) and Tokyo Game Show (TGS), we got to the topic of Dragon Ball FighterZ. Although I said it was probably the best game I played at TGS, I felt it had lost something that previous Dragon Ball games had.

It’s one thing to see screenshots and videos, but to have the game running in real time in front of you is another. Dragon Ball FighterZ looks absolutely stunning and really blew me away with its visuals and presentation. It ran incredibly smoothly, sounded great, and controlled great. No doubt about it, this is high quality fighting game from one of the best in the business, but is it the best way to adapt something like Dragon Ball?

The Xenoverse games are not just fighting, but also role-playing games with much more going on. You create your own character, run around a hub area full of Dragon Ball characters who you can train with, as well as online players who you can team up with. You collect various skills and clothing from the series to further customize and develop your character.

Not only that, but you collect Dragon Balls, make wishes to Shenron, and unlock loads and loads of characters from the series’ long history (including various costumes). Fighting is in 3D, so you have a whole battlefield to fly around in, with buildings, rocks, and other environmental objects to smash your opponent through. Even older games like the Budokai series has Dragon Ball and capsule collecting, lots of fighters, and 3D battlefields. 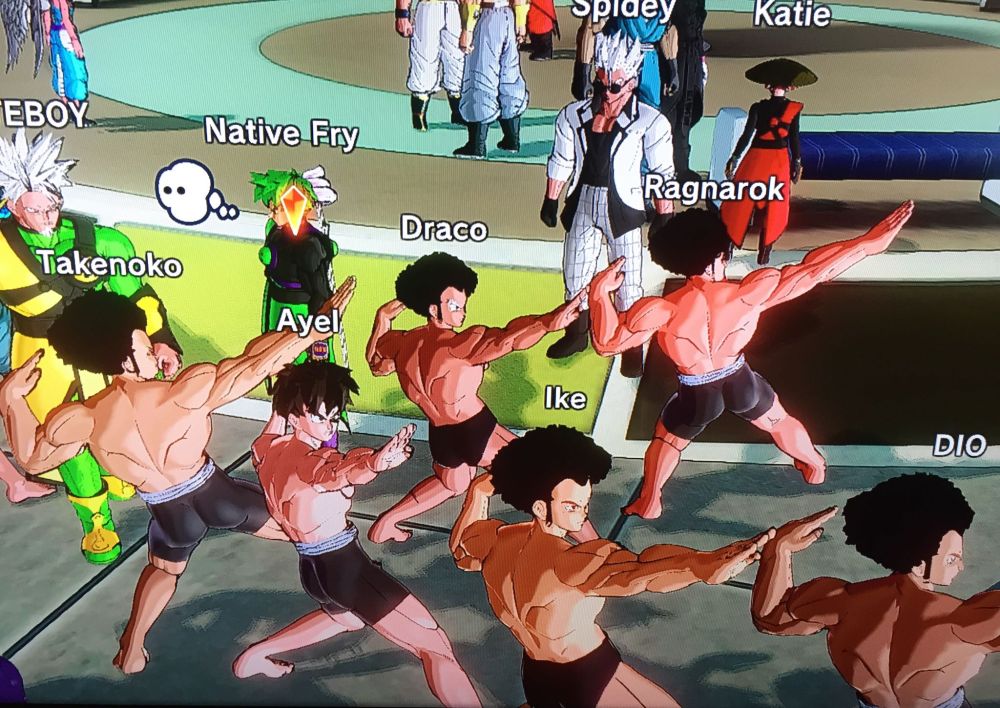 Perhaps none of the fighting in the previous games were as tight or balanced as FighterZ, but are they not more faithful to the source material? In FighterZ you don’t fly and there’s limited transformation. You simply fight on a 2D plane, mainly on the ground, and with characters who mostly do not evolve mid-fight. There is a story mode where all the gameplay will just be these fights, and there is no form of costume or Dragon Ball obtainment. All the alternate costumes for characters are just color swaps, which I’m told is for some sort of balance sake, rather than just laziness.

So although Dragon Ball FighterZ is a great fighting game mechanically, is it the best way to adapt something like Dragon Ball as opposed to something like Xenoverse, that applies so much more of what people love about the manga/anime into game form? We are blessed to have an embarrassment of riches with Dragon Ball specifically; we can have both the FighterZ and the Xenoverse experience. However, not every non-video game IP that is considered for a video game adaptation will have so many options like Dragon Ball.

Though I’m curious to hear what you guys prefer between Dragon Ball FighterZ and Xenoverse specifically, I think the heart of the question is more general: if some manga, anime, movie, or show you love were to get a single game adaptation, would you prefer it just adapt the characters and story into an existing game format, like FighterZ, or to build a unique game around specific aspects of the source material, even if the game mechanics are not as polished?