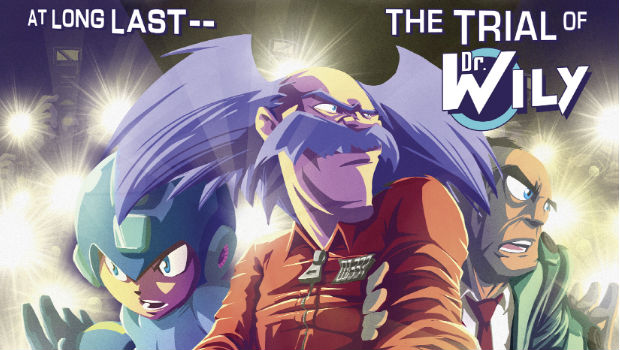 ‘A Chance at Redemption’

The Archie comics Mega Man and X backup event will debut in Mega Man #34-35, but after that, Issue #36, “A Chance at Redemption” will drop in April. This story will deal with Dr. Wily as a free man, cleared of all his prior transgressions against mankind. It’ll feature Wily attempting to live a life of peace in tandem with Dr. Light, and as any Mega Man fan knows, it’ll probably go terribly wrong at some point.

Check out both the regular and alternate “Trial of Dr. Wily” covers in the gallery below, and expect more coverage of the Mega Man X storyline in particular in the coming weeks. Considering the fact that the X series hasn’t gotten much love for many years, it’ll be worth the wait!