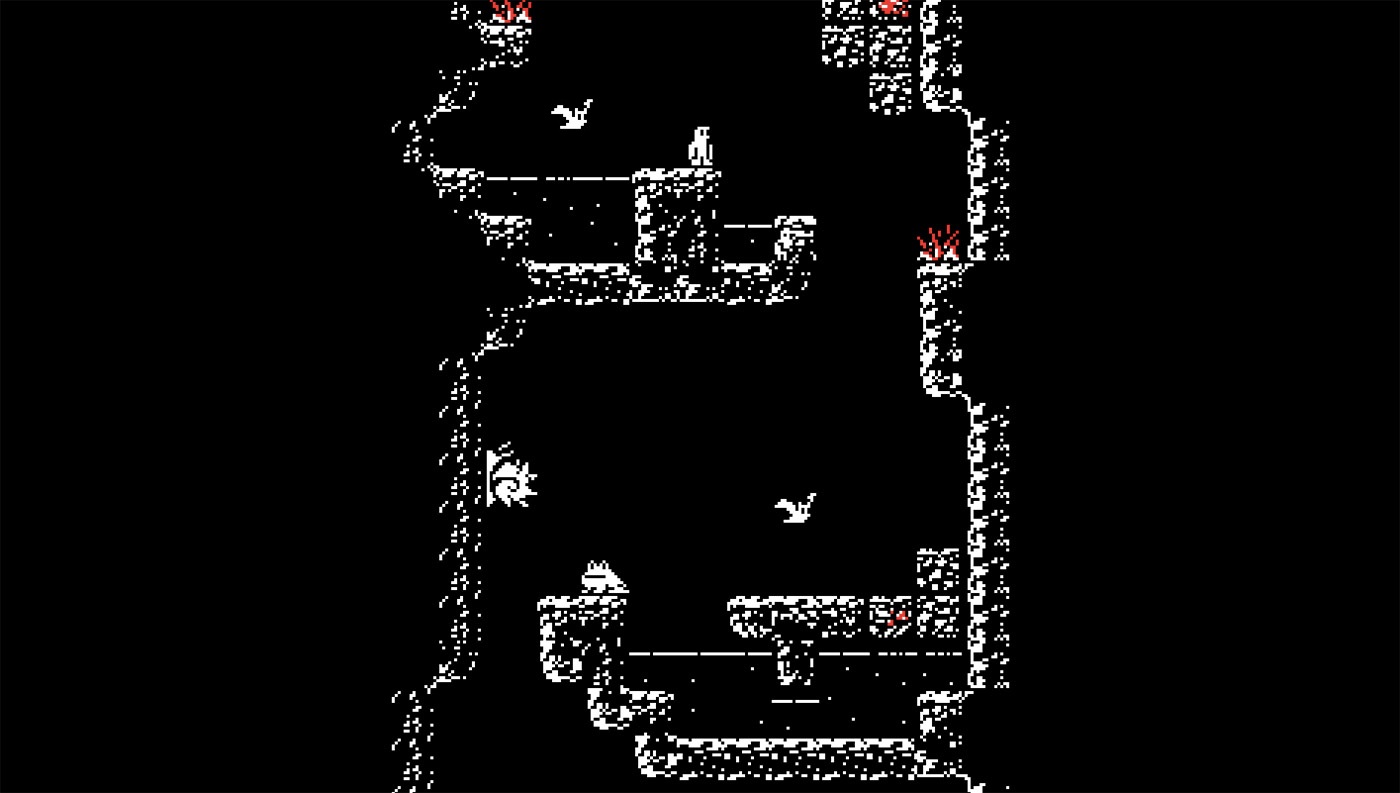 During the waning hours of a Montréal game jam, I spied a developer playing Downwell on his laptop. Unlike the rest of his comrades, mostly female designers making last-minute adjustments to their projects, he was enjoying someone else’s creation. I never bothered to ask him why.

It was more fun to build up the man’s story in my mind. While I sampled the fruits of past jams on a handcrafted arcade cabinet, I wondered if he was searching for inspiration. After all, Downwell is exactly the sort of game one might hope to create at a game jam. Despite drawing on mechanics from multiple genres (shooters, platformers, and roguelikes), Downwell seems relatively simple in concept.

It’s doubtful one could draft up something as masterfully executed as Ojiro “Moppin” Fumoto’s 2015 sensation in a 48-hour marathon design competition, but perhaps you could get close. Maybe you could hammer out a promising prototype, something to fix, polish, and refine at a later date.

Perhaps he was merely playing for its entertainment value. Maybe he was just addicted. If that was the case, I could hardly fault him. The game is basically electronic crack, I say, as though I’ve ever tried crack.

The point is, Downwell is good and one needs not an excuse to play it. And now there is even less of an excuse not to, since indie curator Devolver Digital published the game on PS4 and Vita late last month.

In my experience, the portable version is as lovely as the Steam release ever was. And it comes with the option to rotate the handheld vertically  — an option I seldom use due to a personal valuation of traditional hand positioning and comfort over the novelty of a larger display.

I wish I could tell you something about the console port, but that’s where the caveat mentioned in yonder headline comes into play. Despite boasting Cross-Buy support, Downwell isn’t exactly Cross-Buy. Not for everyone, at least. Not yet, anyway.

While it’s been nearly two weeks since release, I and many others on this here Internet, have been unable to access the game on one platform. It downloads fine. It’s right there on my XrossMediaBar (or whatever other ridiculous name Sony came up for the PS4 iteration), but when I attempt to start it up I am prompted to update the application.

And when I attempt to do so, I find there are no updates currently available to install.

Devolver Digital says it’s “aware” of the issue and it’s “being looked into,” but, at least for the moment, this is a spot on a game that, in my estimation, anyway, is otherwise spotless.