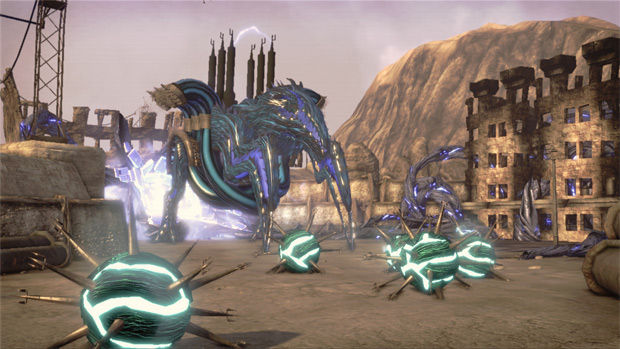 Double Fine’s latest downloadable effort, Trenched, is a ton of fun. Unfortunately, the recent trademark dispute with Portuguese board game designer Rui Alípio Monteiro has prevented folks in European territories from getting their hands on the title.

We asked Brad Muir at Double Fine, producer of Trenched, if he could give us any update on the title’s release in Europe and he sent us back the following statement:

This entire process has been very frustrating to us and it makes us sad that the people of Europe can’t play our game. Microsoft owns the IP for TRENCHED and they are working to resolve things as quickly as possible. I wish there were more information to give but it’s still unclear as to how things will shake out. The one thing I do know is that the game will be released in those territories! It might take a while, but Europeans will have the opportunity to stick it to Vlad and his Tubes. We would recommend playing through Castle Crashers for the 17th time while you wait, because that game rules and Dan Paladin is a national treasure.

So there you have it, Europe. Microsoft is on the case and Double Fine has great taste in games besides their own. Go play some Castle Crashers.