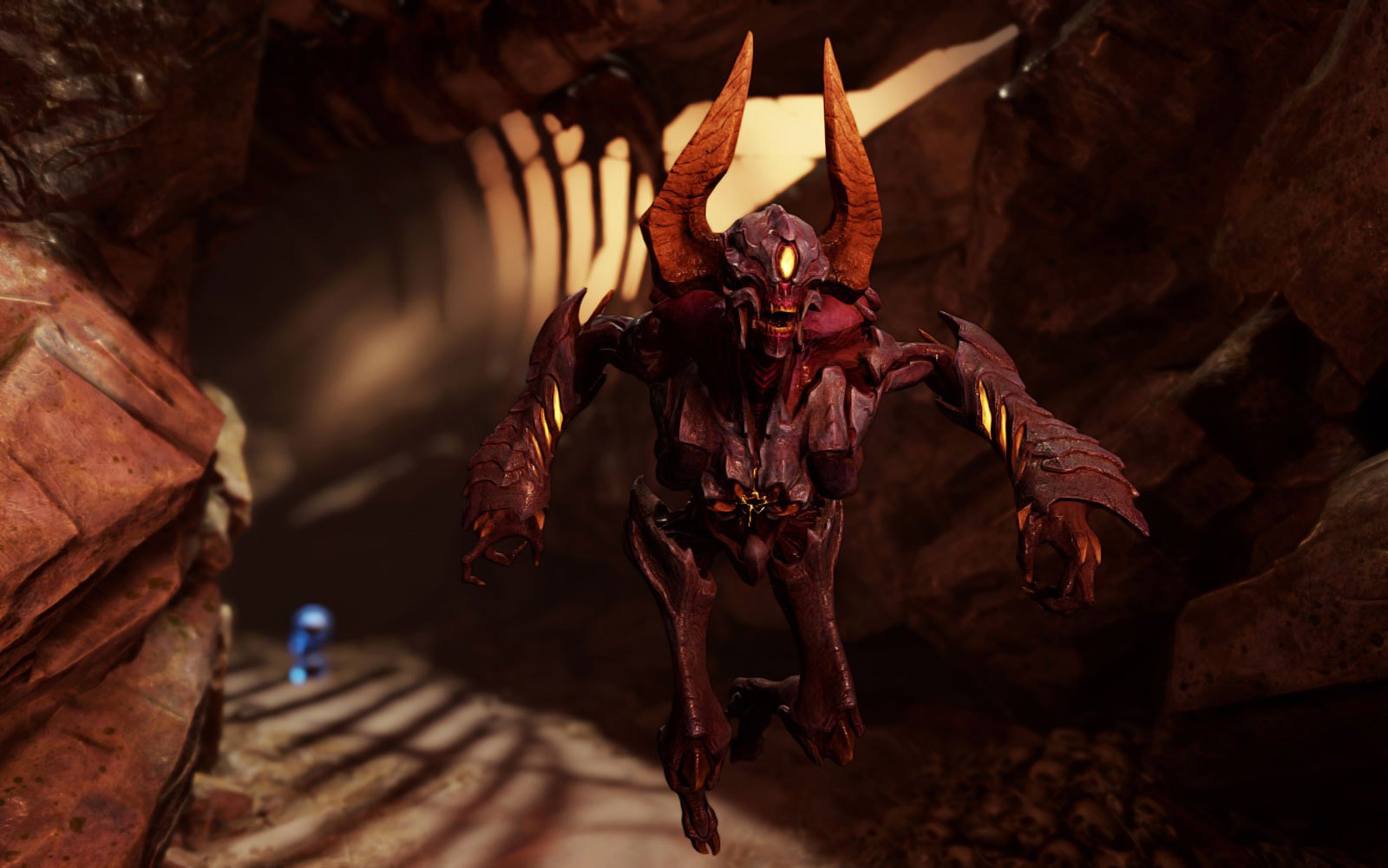 After touching up Doom with a photo mode and a “classic” gun placement option, id Software has shifted its attention to multiplayer and SnapMap for the game’s second free content update due out tomorrow, July 29. There are two new multiplayer modes: capture the flag with a moving flag and team bases (Exodus), and a capture-and-hold-the-zone mode (Sector). Double XP this weekend, too.

“This update also adds some tremendous tools and fun new capabilities for SnapMap fans, including: customizable weapon wheel functionality – so players can carry and select multiple weapons, just like the campaign; jump pads with logic to set distance, speed and direction; 30 brand-new Hell-themed modules; an expanded weapon list; a new playable demon – the Mancubus – as well as a laundry list of improvements to the Community HUB, editor and logic capabilities.”

Between this and Nic’s recent article about all of the things Doom does right, I’m itching to pick it back up. I’ve played through the campaign twice over, but it still doesn’t feel like I’ve had enough. And SnapMap — I’ve barely touched it. There are surely some good custom maps by now (suggestions?). The competitive multiplayer hasn’t grabbed me yet either, but if it keeps getting updates and the player base remains steady, one of these days I’ll wind up giving it another chance.

id Software is also putting together paid DLC, Unto the Evil, for release on August 5. It’ll have three new maps (Offering, Cataclysm, and Ritual), the player-controller Harvester demon, the UAC EMG Pistol, the Kinetic Mine, and more customization items and hack modules. At $14.99, it’s not really for me.