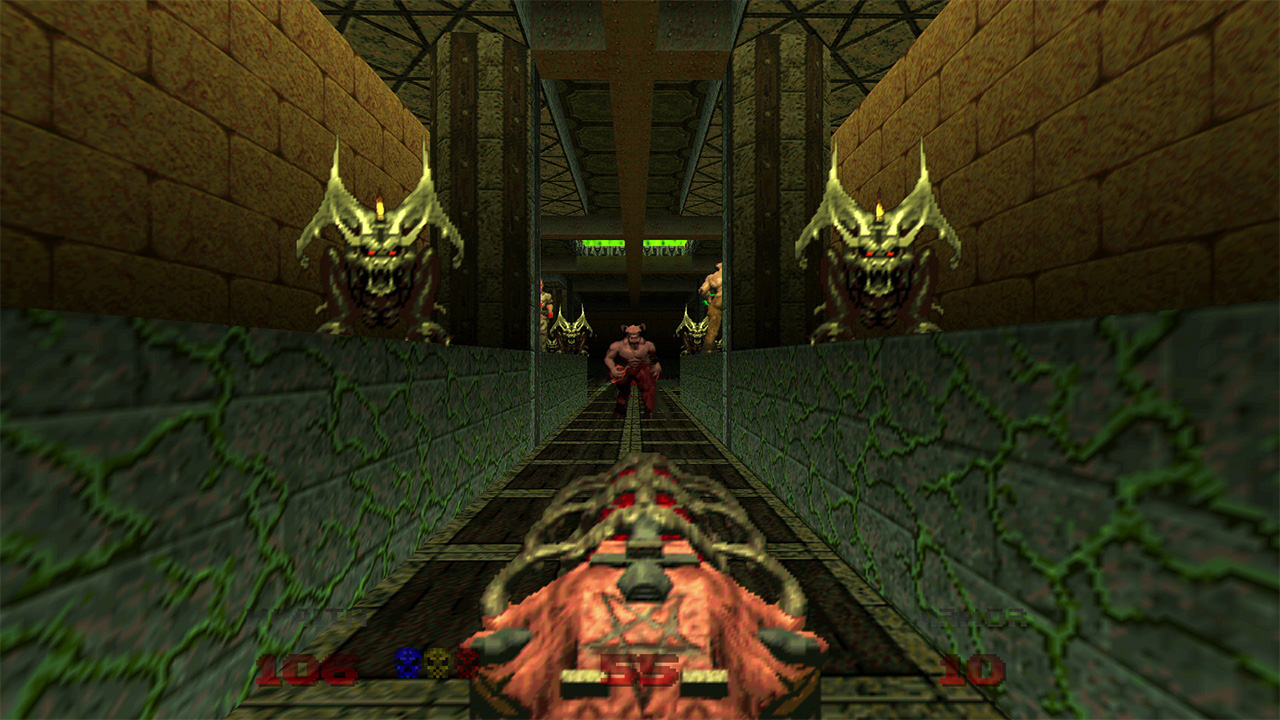 If I weren’t already sold on Nightdive Studios’ new round of Doom 64 ports for PC, PlayStation 4, Xbox One, and Nintendo Switch – five bucks is such a spot-on, impulse-worthy price – then the game’s new features would push me over the edge. The big one: Doom 64 will come with an all-new story chapter.

As revealed in a recent interview with USgamer, “persistent players will have the opportunity to unlock a new chapter in the Doomguy’s saga, taking place shortly after [Doom 64‘s] original campaign concludes,” according to senior developer James Haley. It doesn’t sound like mindless filler, either.

“The Mother Demon you defeated in that outing had a sister, and since you’ve been messing up Hell non-stop, she tries to get rid of you by sending you away. If you can make your way back and take revenge, you’ll be rewarded with a bit of lore that fans of both series, new and classic, should enjoy.”

Haley also confirmed a few other niceties, including Switch touchscreen and PS4 touchpad control support for the map, keyboard and mouse support on Xbox One, motion control support on Nintendo Switch and PlayStation 4, and a toggle to turn blood splatters from red to green. I’m so using that!

Doom 64 will be sold standalone and included with Doom Eternal pre-orders, but the crossover doesn’t end there. Mild spoilers: Per co-director Marty Stratton, “You get to unlock [Doom 64‘s] Unmaker [in Doom Eternal] if you complete all the Slayer Gates, and those are badass combat encounters.”

Exclusive: Doom 64 Devs Reveal the Port Will Include a Brand New Chapter [USgamer]