Hot prices for the coldest time of the year

Now that the holidays are upon us, you might be looking for some new games to check out while you have that precious time off. If that sounds like you, make sure to check out Humble Bundle’s insane end of year sale, because they have some seriously awesome stuff on there. They have hundreds of games and DLC marked down, including fan favorites like God of War, Hollow Knight, the Uncharted: Legacy of Thieves Collection, Dying Light 2, Signalis, Deathloop, and Psychonauts 2, just to name a few.

The discounts range anywhere from 10% to 75% off, and I can say as a fan that I was very pleasantly surprised to see some of these games at such low prices. For example, they have Slime Rancher for $5 right now! One of my all-time favorite and most played games Slay the Spire is under $10. You could buy like four games for $20 and be good for the next month or two — that’s pretty good if you ask me. 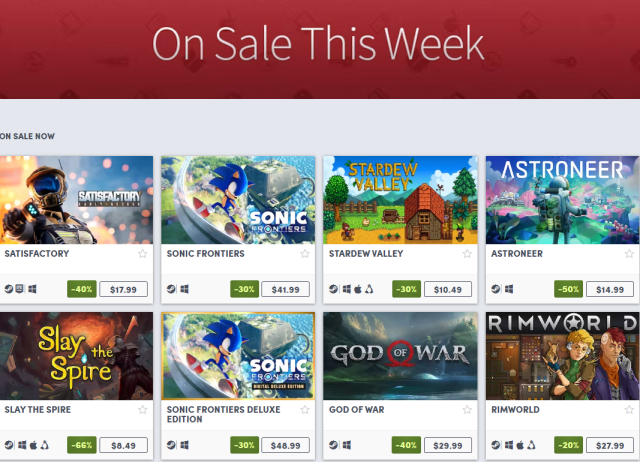 Honestly Humble Bundle has been one of my favorite ways to buy new titles as a baby gamer — considering I don’t usually need to play the newest titles as they drop because I’m still trying to catch up on the best games from like four or five years ago, I find that they always have a great sale going on for something in my backlog.

Not only do they have cool sales and pre-packaged bundles of games you can get, but Humble Bundle is also known for using their sales to support all kinds of amazing charities like Charity: Water, Girls Who Code, and One Tree Planted, among others. Since the site’s founding back in 2010, they’ve managed to raise over $200,000,000 for charity through their sales and monthly subscription. They also further spread the love by featuring a different charity on their site each month.