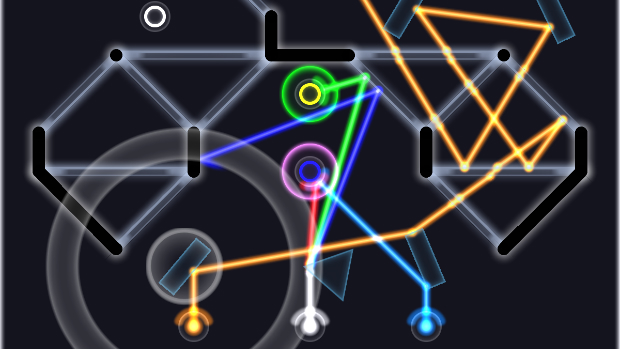 Smoke and mirrors (and prisms and lenses)

As a scientist, it is sometimes my job to shine lasers at objects, scribble nonsense down on a clipboard, and stroke the part of my chin where a beard would be if I could grow one. “Indeed,” I muse to myself, “That is the laserest laser yet. Fascinating.” Naturally, when lasers show up in games, my interest is piqued. The effect is enhanced when a game promises “realistic optics,” as the recently released Android title Glass does.

In this puzzle game, lasers of varying colors are present on the playing field, and elsewhere there are targets that require laser light in a specific color. Similar to the old WiiWare title Liight, Glass functions on additive color, where white light can be split into red, green, and blue. In contrast, Glass includes several optics-based tools that were notably absent in Liight, including prisms to separate or combine colors, mirrors to reflect lasers, and lenses to refract the beams.

Glass is available now for free on the Google Play store.