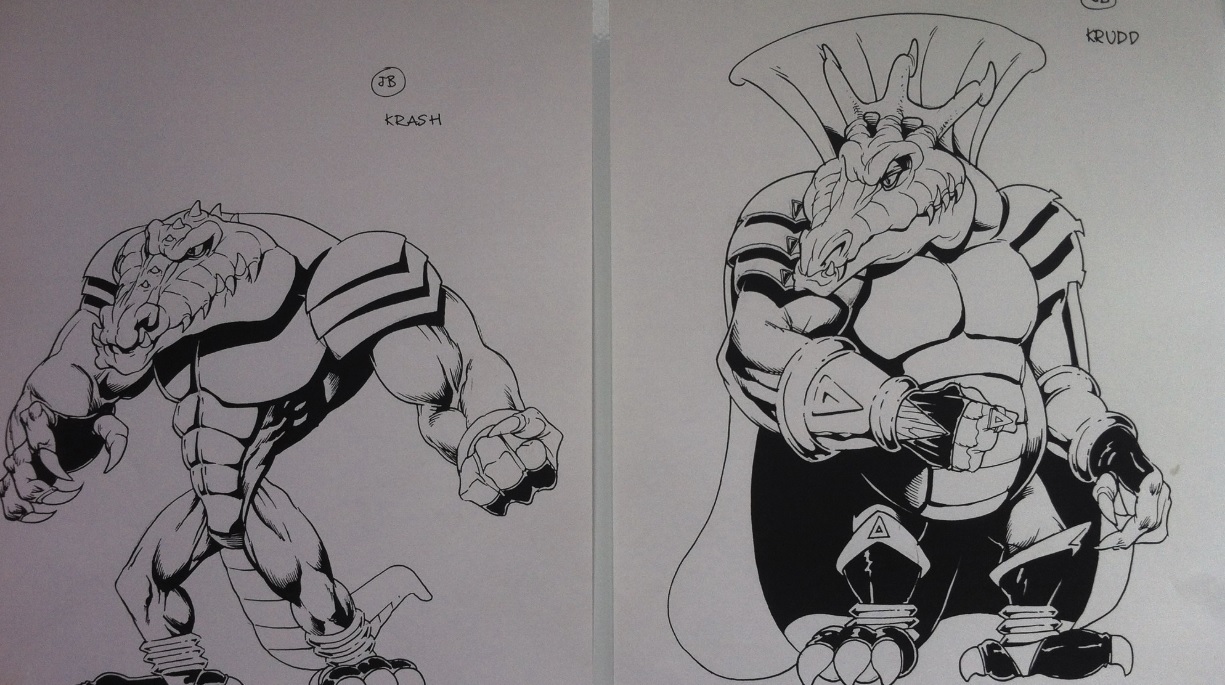 The dynamic between Rare and Nintendo is fascinating. You have the former, whose fate was intrinsically linked to Nintendo for so long, now out and about with the competition — Microsoft.

Then there’s Nintendo, who has continued to use Rare’s Donkey Kong Country series to its advantage, passing the torch to Retro Studios after a 14 year hiatus. While the two aren’t exactly at odds, Rare is more than willing to give us extended looks at what might have been under the Nintendo era of their development history, and that’s just what we’re getting this week with more Donkey Kong Country concept art.

According to Gregg Mayles, King K. Rool, the latest Super Smash Bros. participant and big bad of the DKC universe, was called “Krudd.” He also sported a more menacing look straight out of the Battletoads universe (also developed by Rare). Evidently the first Country game also had a more militaristic theme that was dropped. I’m a fan of both this concept and what we actually got — a testament to the raw talent of Rare’s art team.

Unearthed some very early #DKC Kremling concepts, which showed the origins of a far more serious and tough-looking #KRool as ‘Krudd’. Also the military theme that was dumped pic.twitter.com/DEYJhLe5OY