Those doors were right!

So far the reception to Super Nintendo World has been relatively positive from attendees: but a common complaint I’ve seen is that they wish it was bigger. Well that’s getting fixed soon thanks to the Donkey Kong Universal expansion.

Announced by Universal itself, Universal Studios Japan’s Super Nintendo World park will be expanded by “approximately 70%” (!) to accommodate the new character’s themed area, which is set to open in 2024. It’ll get its own roller coaster, “interactive experiences,” and of course, themed food and merch. The theme is “lush jungle,” and you can get a look at the concept below.

Shigeru Miyamoto is once again involved with the Donkey Kong Universal expansion, which the company calls a “gamechanger” due to “innovative technology.” The roller coaster could actually be pretty substantial get for the Super Nintendo World concept as a whole: as one of the complaints of the current setup is that the (ostensibly) Mario side is really light on adult rides.

Some may recall that the Donkey Kong expansion was cutely hinted at half a year ago when Universal erected a mysterious Donkey Kong-themed doorway that led to nothing. Since then, plans have leaked into the hands of various theme park blogs.

This is all well and good, but given that Super Nintendo World hasn’t arrived anywhere outside of Japan yet, I’m kind of anxious to get, well, anything at the moment! 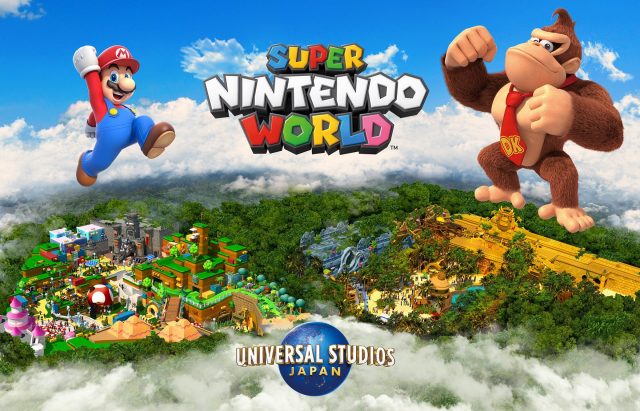