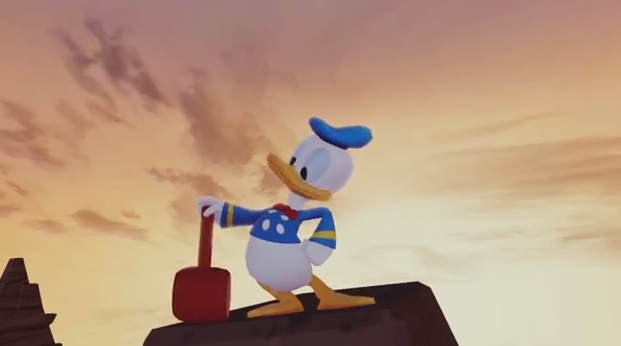 The ‘second of the fab five’

Any Disney fan knows about the fab five — Mickey, Donald, Goofy, Minnie, and Pluto. This fall the second character from that list will hit Disney Infinity in addition to the existing Mickey Mouse — Donald Duck.

Apparently Donald will quack and yell a lot, as well as use a broom and “fury” attacks to get his way. Sadly, Donald will just be a Toy Box character, so he wont get his own story.