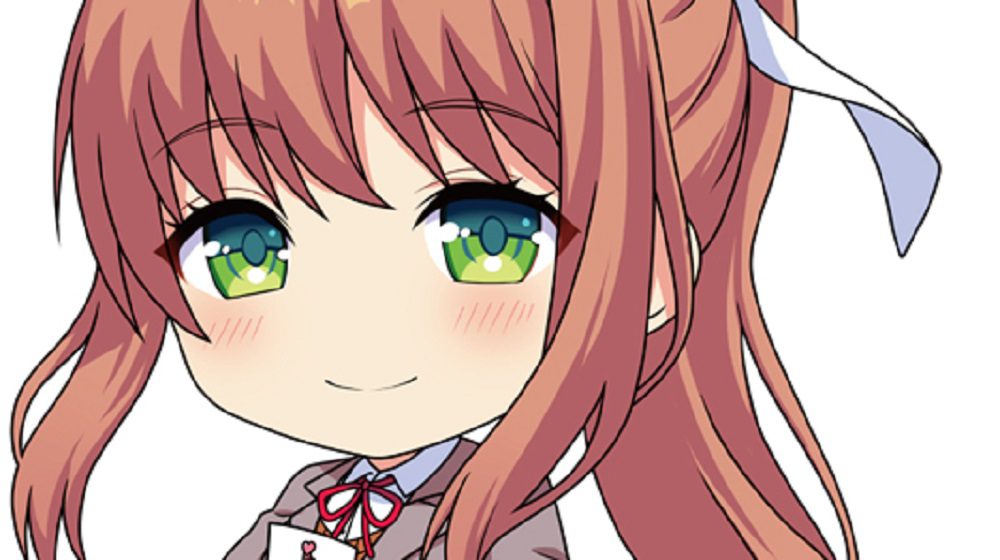 Monika and you, together forever

As some of you may know, (well, about three of you), I have a few relatively strict toys that sit by my computer monitor in order to keep me focused on my work. They include an amiibo of Animal Crossing‘s hard-working doggo Isabelle, and figurines of Persona 5‘s no-nonsense jailors, Justine & Caroline. As I can be easily distracted by… anything, these plastic pals are there to remind me to stop procrastinating and keep typing.

Still, there’s perhaps no greater toy to help drive inspiration than this new Nendoroid of Monika, the spirited young gal from Team Salvato’s Doki Doki Literature Club. Coming soon from the fine folk at Good Smile Company, the adorable Monika Nendo will brighten up anybody’s living quarters, offering you friendship, guidance, and tutelage — in this life and the next. 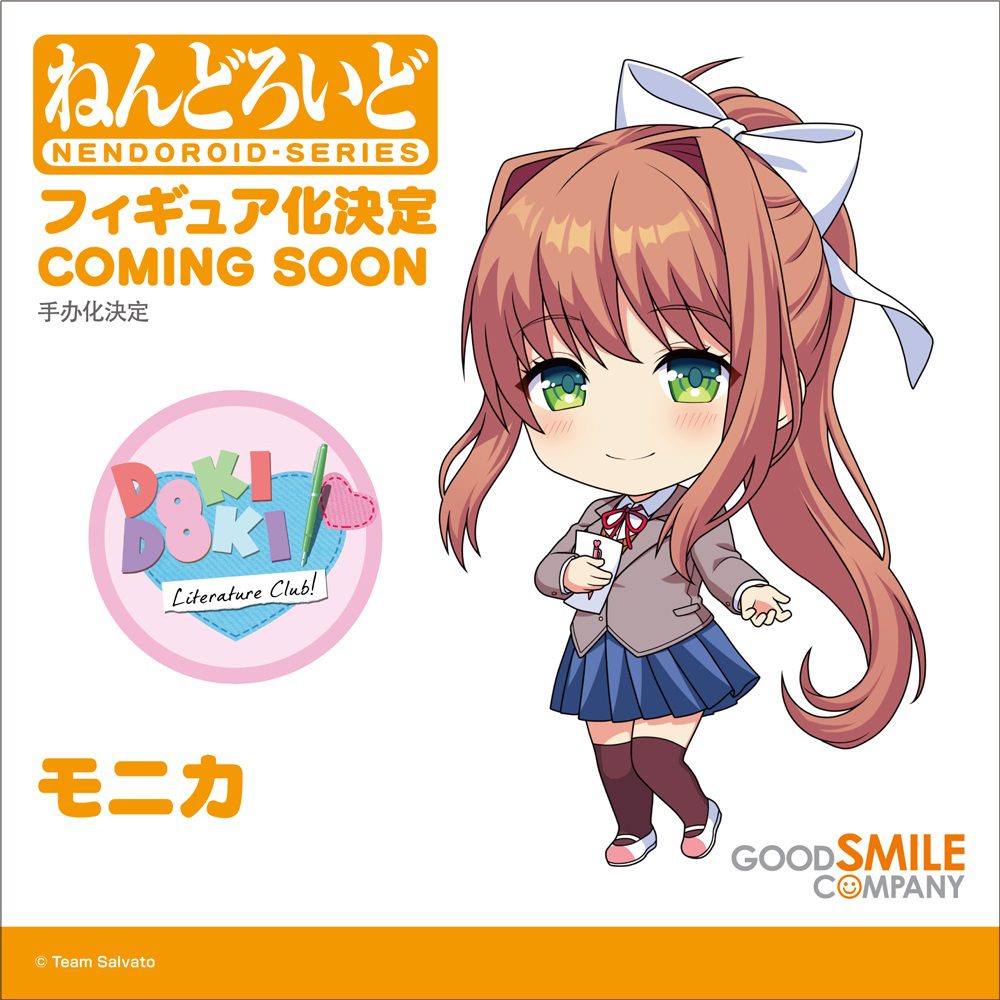 Monika’s physical model is yet to be revealed, but concept art shows the cheerful club president in her trademark high school garb, clutching a pen and paper with which to spill purple prose to her loved ones. Good Smile has not announced a release date for the Monika Nendoroid, but notes that more details will be “coming soon”, so you don’t have to worry about any dollars being deleted from your bank account. Hopefully, fellow club members Sayori, Natsuki, and Yuri will follow at a later date

Back in the digital realm, Doki Doki Literature Club Plus! is now available to purchase on PlayStation, PC, Xbox, and Nintendo Switch platforms. This revised edition includes high-definition visuals, six new side stories, over 100 unlockable images, and an expanded soundtrack.