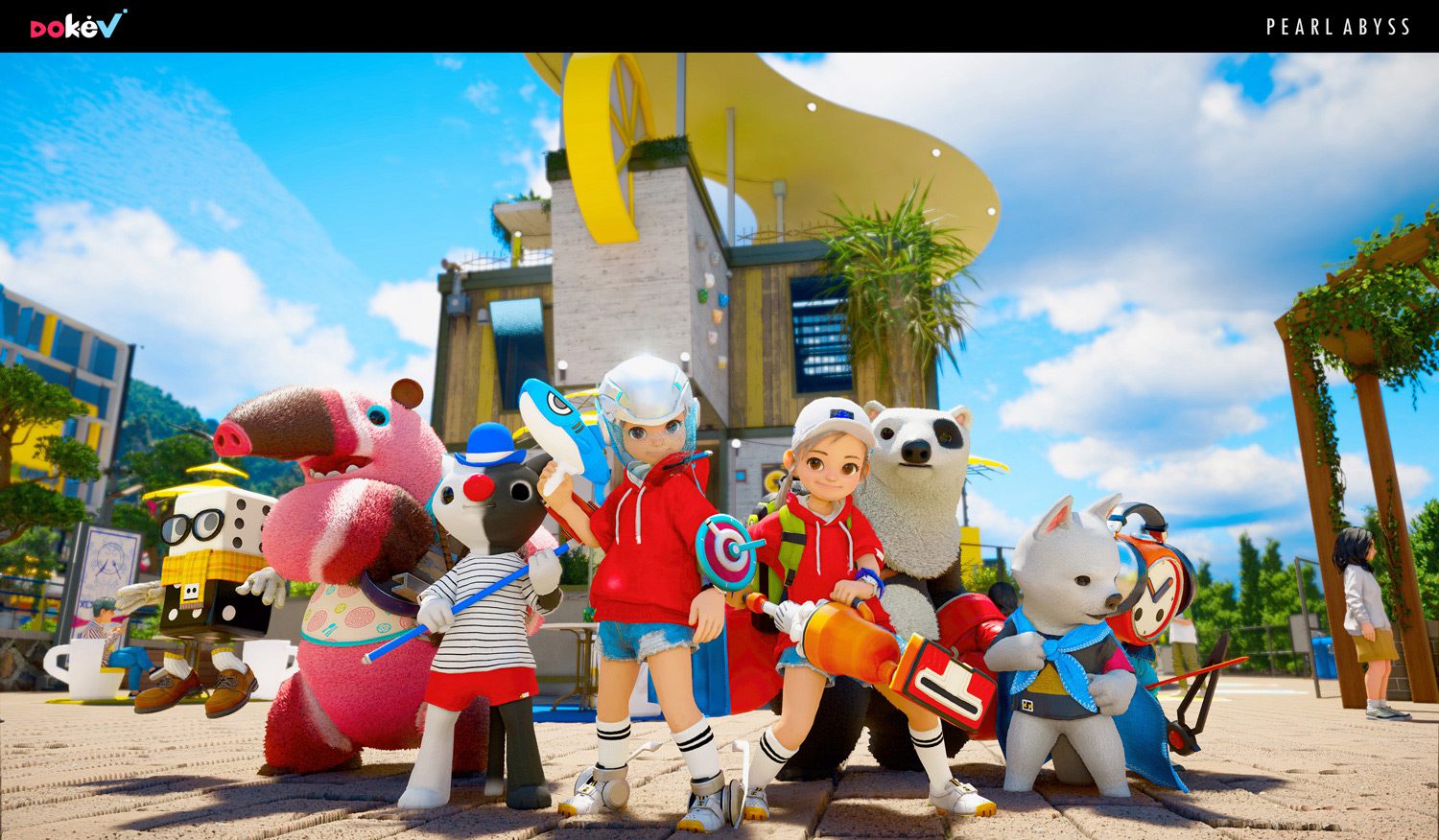 The wildest trailer at Gamescom

One of the zaniest Gamescom 2021 moments was the re-reveal of DokeV, an “all ages” action-adventure game with a bonkers world of creatures to befriend and very pretty graphics. I initially let it slip through the cracks of Opening Night Live, but I knew I’d want to circle back. The gameplay trailer, if you missed it, then an interesting update to follow.

As clarified in the aftermath of this trailer — which shows skateboarding, jet skiing, rocket-shoe dashing, super-fun-looking magical air swinging, umbrella gliding, and a giant lizard getting pummeled with an inflatable (?) hammer — DokeV isn’t an MMO.

It was going to be, at one point, but Pearl Abyss “decided to move the game in a different direction and it’s now a creature-collecting open world action-adventure.”

In a follow-up overview video with developer comments, executive producer Daeil Kim got to the heart of the game, which draws from Korean folklore (Dokkaebi) and also a bit of Ghostbusters: “We wanted to create a game the whole family can enjoy together.”

Similarly, lead producer Sangyoung Kim mentioned that “Wanting to create a game I could play together with my kid is what motivated the creation of DokeV.”

“You know those dreams you have when you’re young, where you feel like you’re flying?,” said game designer Changkee Nam. “Flying through the sky, moving very fast, or pretending to be Superman… We worked very hard to create those experiences we imagined in the gameplay.” Dodge-rolling action aside, the traversal is easily the highlight.

I’ve always managed to watch Pearl Abyss games from a distance. This one, though — I want to get closer. Even if it looks a little too chaotic, I’m fascinated. DokeV is coming to PC and consoles, but probably not anytime soon. There’s no locked-in release window.