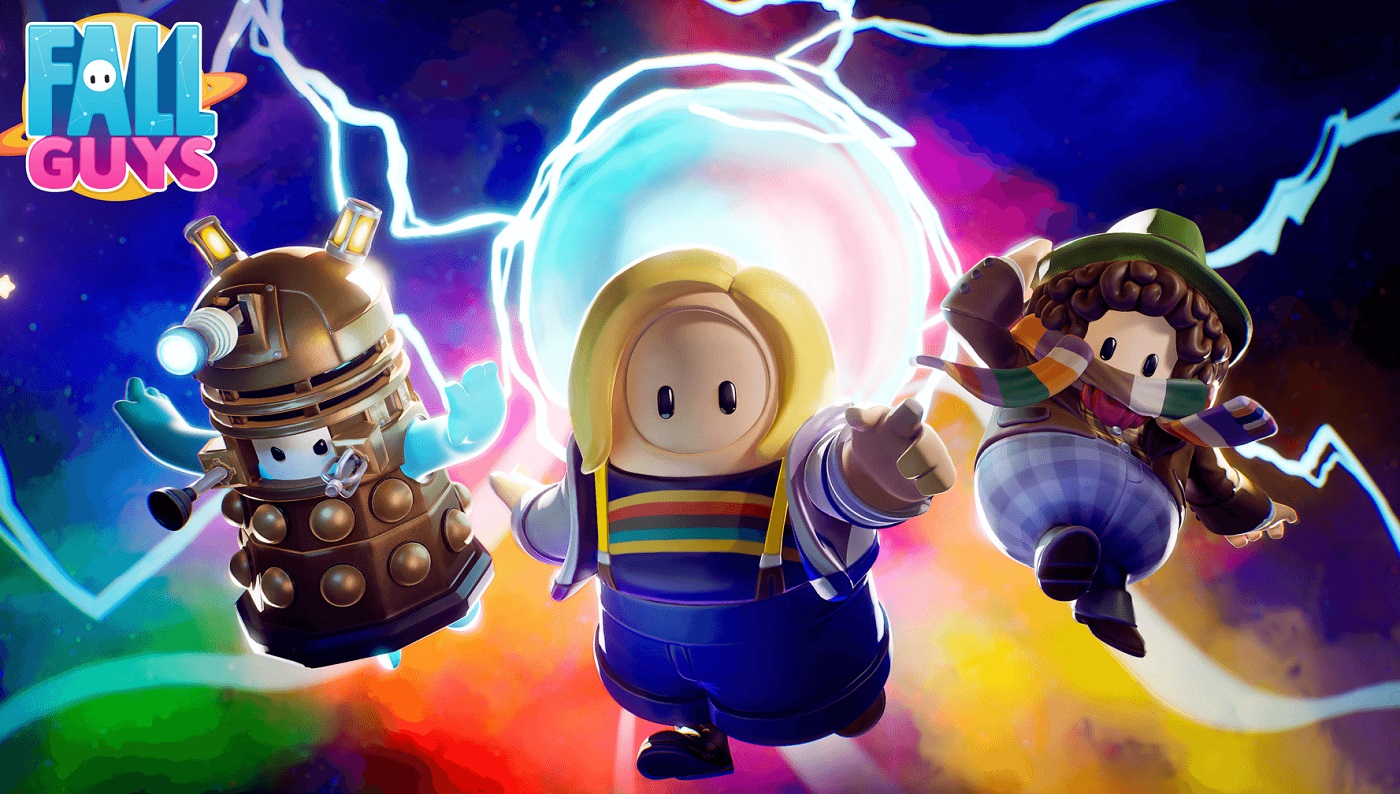 But where’s my girl, Peri?

Legendary British sci-fi show Doctor Who is the latest franchise to get its bean on in the madcap world of Mediatonic’s Fall Guys — The topsy-turvy battle royale title currently has a new range of cosmetic items up for grabs, all pulled from the time lord’s great canon of chrono-crossing adventures.

Three of the fourteen Doctors are represented in this new event, immediately recognizable thanks to the quirky hero’s penchant for fabulous fashions. We have the wild scarf and Autumnal style of the iconic Fourth Doctor, as portrayed by Tom Baker in the 1970s. Also available is the most recent incarnation of the character, the Thirteenth Doctor, played in groundbreaking fashion by Jodie Whittaker since 2018.

The Fourteenth Doctor, who one might confuse for the Tenth Doctor, is available to purchase as a brand new skin for your been, celebrating the momentary return of fan-favorite actor David Tennant. And, of course, what would Doctor Who be without his arch-enemy, The Daleks? And thus, a Dalek costume is also available from the marketplace — Although, given that they can’t even get upstairs, Fall Guys hardly seems to be the perfect place for the ruthless, droning robots.

All four skins are available to purchase now in the Fall Guys store. In addition, a brand new emote will play the famous TARDIS sound effect upon activation. Sorry, it won’t automatically regenerate you beside the crown. You still gotta do all of the hard work yourself. Better bring your sonic screwdriver.