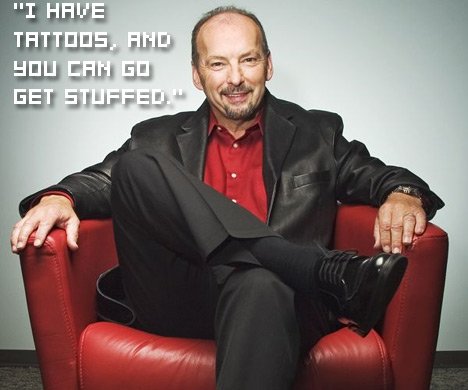 If there hasn’t been a book written about the sordid relationship between EA and Sega, there ought to be. The latest curious tidbit comes courtesy of an Esquire interview, in which current EA Sports boss Peter Moore describes how he, as then-COO of Sega of America, told Sonic creator Yuji Naka to f*ck himself.

Curious to see how the market perceived Sega, Moore grabbed up some twentysomethings, created a focus group, and asked them to associate game companies with people. Given the vocal and devoted Dreamcast fanbase that exists today, it’s kind of funny to learn that Sega was a “granddad with dementia who used to be cool but you couldn’t remember why.”

Moore taped the sessions, dubbed them into Japanese, and caught a red-eye to Tokyo to discuss Sega’s faltering image with the board of directors. In the midst of plummeting sales and the PlayStation 2’s stranglehold on the market, the news didn’t go over too well. According to Moore, Yuji Naka — who he describes as “a tad conceited” — accused him of altering the recordings.

Moore was understandably incensed: “I lost it,” remembers Moore. “I turned to the interpreter and said, ‘Tell him, “F*ck you”.'” Moore then stormed out “and never returned,” he says.

And rightly so! It’s hard to maintain a working relationship with someone after telling them to stuff their genitals into their own anus.